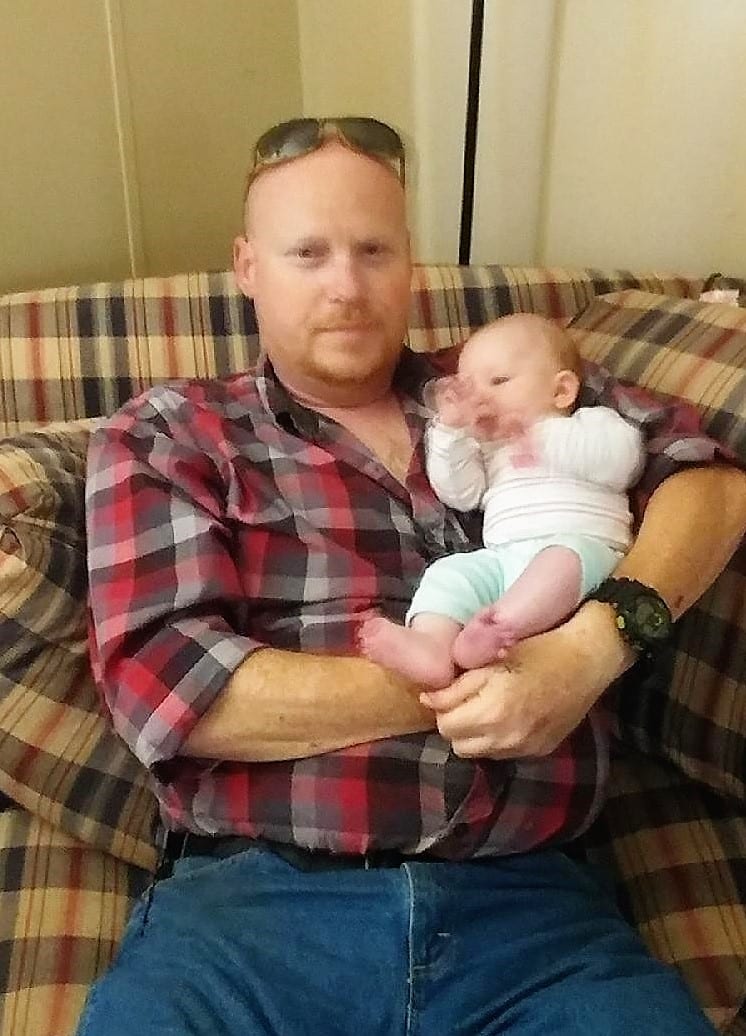 Alan D. Justice, 46, of Zirconia passed away suddenly on Wednesday, February 28, 2018 at Pardee Hospital. A native of Ft. Lauderdale, FL, he had resided in Henderson County the majority of his life. He was a son of Bill Justice and Linda Moore. He was preceded in death by his brother, Franklin Keith Pitruzzello.

Alan gained his EMT II status and was a proud member of the Henderson County Rescue Squad for several years. He was currently employed as a manager for Pizza Hut and had worked a total of 13 years for them. He was a loving husband and father who always put his family first. Alan’s family extended far beyond just his blood relation, as he considered his friends to be part of it. He was a die-hard Dallas Cowboys fan and enjoyed NASCAR. He was an excellent cook who enjoyed preparing dishes for his family and friends. Alan was a very generous person who was always willing to help someone in need. His favorite thing to do was spending time with his children and granddaughter.