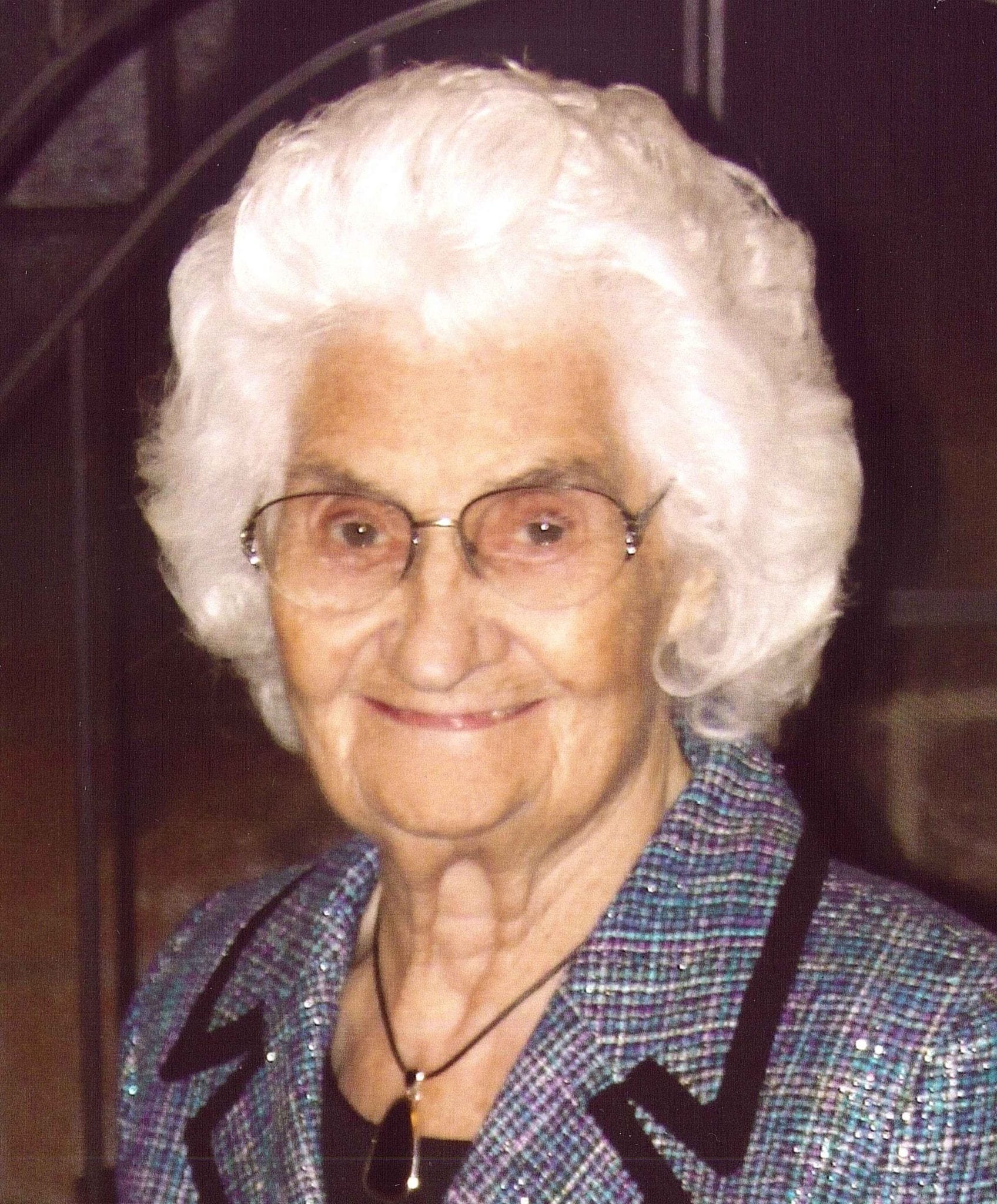 Alice (Bertha) Cunningham, 96, of Fletcher went home to be with the Lord Tuesday, September 18, 2012, with her family by her side.

Bertha was born September 16, 1916 to Brownlow Pickens Connor and Eliza Mae Garren Connor. She had celebrated her 96th birthday on Sunday.

In addition to her parents, Bertha was preceded in death by her husband, Charlie B. Cunningham, who died September 4, 1993, and her son-in-law, Ray Donald Coates, who died in 2010. She was the last of eleven children: brothers, Hoover, Jim, Herman, Fred, Porter and Warren, and sisters, Geneva, Isabel, Pauline and Myrtle.

Bertha worked at Mountain Rug Mills of Fletcher and Cranston Print Works, retiring there after many years of service.

Her greatest joy was her family. Making pound cakes and the best-ever chocolate chip cookies and raking leaves were some of her favorite pastimes.

Bertha is survived by her only daughter, Jane Cunningham Coates and three granddaughters who were her pride and joy, Shawna and husband, Pastor Jeff Wilkie with whom she had lived for seven months; LaShay and husband Rodney Hunt; and Shannon and husband, Jacob Laughter; seven great-grandchildren, Dylan Wilkie and wife, Shelby; Jaika and ShaKinley Wilkie; Connor and Locklan Hunt; and Eli and Karlie Laughter; a great-great-granddaughter, Raylyn Wilkie, who is due in October; and many nieces and nephews who loved her dearly.

Bertha was the oldest member of Hooperís Creek Baptist Church, of which she was a dedicated member, and she loved her heavenly father. A funeral service will be held at 8 PM Friday, September 21, 2012 at Hooperís Creek Baptist Church with Pastor Phillip Youngblood and Pastor Jeff Wilkie officiating. The family will receive friends at the church from 5:00 ñ 7:45 PM prior to the service. Burial will be at 11 AM Saturday at Shepherd Memorial Park. At other times, the family will be at the residence of her daughter, Jane Cunningham Coates, 215 Benetta Lane in Fletcher.

The family offers a special ìThank Youî to Four Seasons Hospice for their support and care.