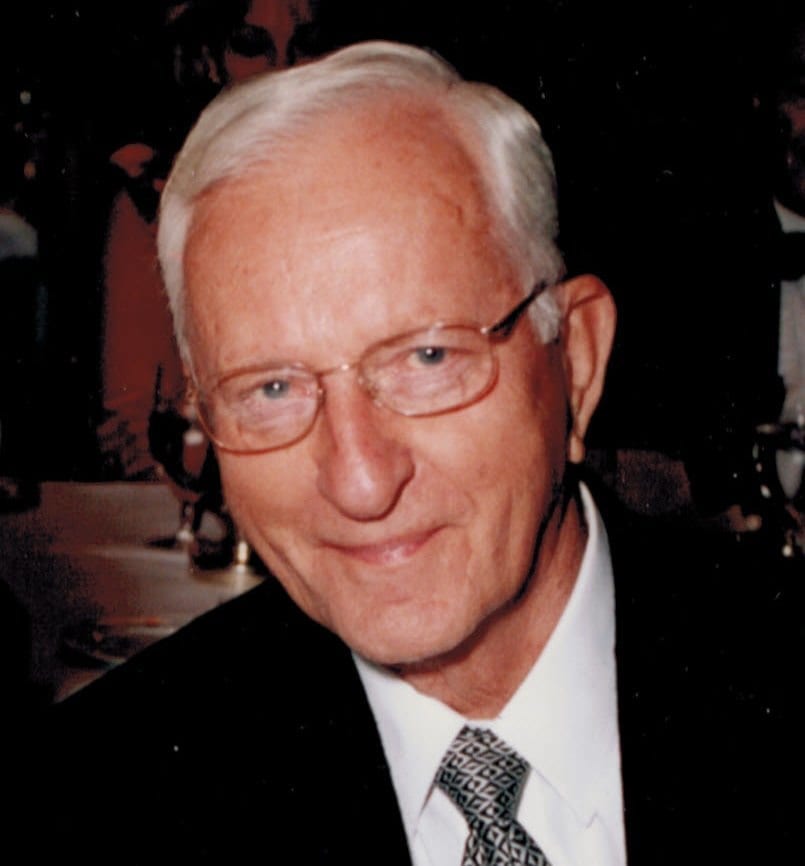 Al was born in Ohio. He was preceded in death by his first wife, Jane, and his brother, Bill Rindler.

Al was a combat medic in World War II in Pattonís Battle of the Bulge. He received a bronze star. After the war ended, Al received his masterís degree. He became a hospital administrator in Ohio and then became a partner in a large hospital consulting firm near Chicago.

Al and his wife, Joan, retired to an area south of Cancun, Mexico and lived there for 15 years. They loved being involved with the Mayan people and Al became ìgrandpaî to Mayan children whose parents had died. Al and Joan traveled the world which was their greatest joy.

For thirty years, Al was a wonderful and loving husband to his wife, Joan; a loving father to his children, Michael and Leslie Rindler, Patrick and Michelle Rindler, Tess Spiegel and Melissa Rindler; his stepchildren, Barbara and Barry Mehlman, David and Laura Thollander, and Sheri Barr; and a very special grandpa to his 14 grandchildren and 3 great-grandchildren.

Funeral services will be private. Al will be buried in Tennessee with a service there officiated by his grandson, Pastor Joshua Barr.

The family wishes to express special thanks to Dr. Colin Thomas who has been a true and wonderful friend, and to hospice, Mud Creek Baptist pastors and staff, their care group and New Life Sunday School Class, and many thanks to Alís special, loving caregiver, Debbie Hoots.