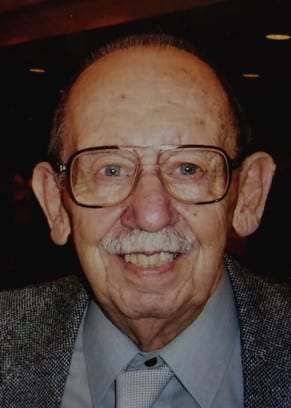 Arthur Friedman, who worked at Brookhaven National Laboratory from 1958 through the early 1980’s, assisted in building and maintaining the first online computer used to process data for nuclear research, died on Aug. 13, 2016 in Hendersonville, NC. He was 96.

While serving in the Army, Friedman was in charge of the Radar section of his company and was a Tech Sergeant in the 204 Signal Depot Company.

Arthur was married to the love of his life, Margaret K. Friedman ‘Peggy’ until her death in 1998. The two moved from their residence on Long Island in New York, retiring in Hendersonville, NC. They spent the better part of their years in retirement exploring and traveling to areas of interest.

Arthur found love in his latter years, and at the age of 94, he married his sweetheart Sandra.

There are no plans for a service at this time.