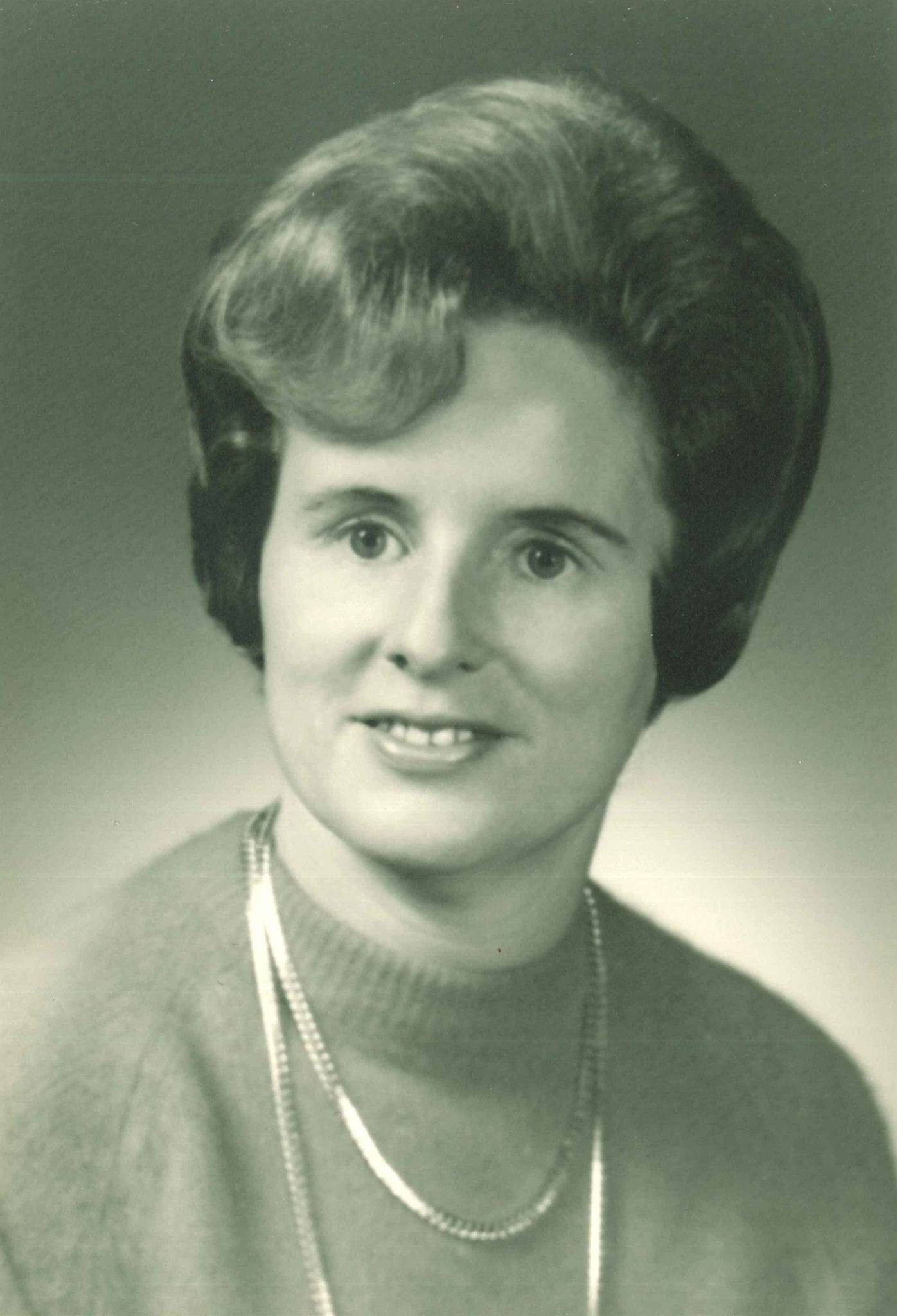 Barbara Helen Sommer Nicholls of Hendersonville, North Carolina was born September 27, 1932 in Beloit, Wisconsin. Her parents were Elmer and Elsie Sommer, who are both deceased. Her prior residences include Wisconsin, Illinois, Indiana, and Florida.

Barbara taught Home Economics and Special Education in Indiana and Florida school systems; she was a Co-Manager for Yeager Insurance in Warsaw, Indiana; and she was the proprietor of Montgomery Ward Sales Agency in Warsaw, Indiana.

She is preceded in death by one brother, Donald.

Barbara Helen Sommer Nicholls has entered The Kingdom, leaving a life of constant enrichment as a self-made person and excelling in all she valued. Her valiant struggle against cancer gave her many extra years of life.

Foremost in her values was a pursuit of having a strong family, leading by example and accomplished skills. With an education in health and social skills, Mrs. Nicholls strived to pass these values and traits onto her family.

Amongst her efforts giving to the community, Barbara sewed quilts and lap robes to be given to the VA hospital in Hendersonville and to mothers-to-be at the local pregnancy center. She advocated for children in need as a Guardian Ad Litem, and was a group homes manager and adult literacy teacher as an adjunct to her work as a special education teacher. Barbara was involved in various quilting clubs and loved giving quilts to her family members. She also enjoyed weaving, knitting, and visiting her large circle of family and friends. Having lived in the Midwest, Mid-Atlantic, and South, she easily made friends everywhere and garnered many warm relationships over the years.

Mrs. Nicholls was also an avid genealogist, finding her roots and gaining eligibility in the Daughters of the American Revolution, as well as founding the local chapter of Colonial Dames. Barbara also served on several boards, traveled five continents, and loved to sail to many countries.

Barbara will be dearly missed by her loving family and by all who knew her, but leaves a legacy of many wonderful memories. We will remember her for a life that was giving and generous.

A memorial service will be held Saturday, April 6 at 11:00 AM at Trinity Presbyterian Church, 900 Blythe Street, Hendersonville, NC 28739, with a small reception immediately following.