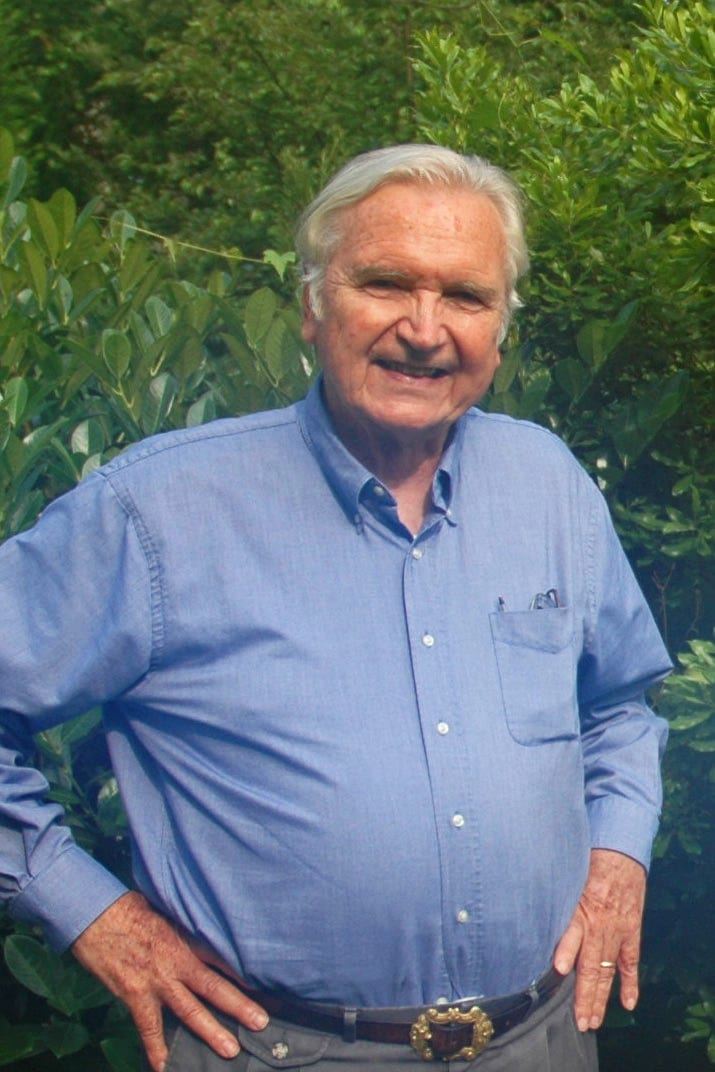 Benjamin Inman, Jr., 85, of Midlothian, Va., died on February 26, 2012. Born in Lucedale, Mississippi, on August 28, 1926, he graduated early from Central High School, in Jackson, Miss., to join the U.S. Navy in 1944. After serving in the Pacific, he earned a B.A. from the University of Alabama and a masterís degree in music education from Columbia University and did post-grad work in counseling at Catholic University. He entered federal service as a management intern and was assigned to the Counseling and Testing Service of the U.S. Department of Labor, in Washington, D.C.; in a 40-year career he rose to become the Deputy Director of the Veteranís Employment Service and then served in field posts in Roanoke and Richmond, Va. He retired in 1995. Throughout his career, he led the music ministries of several Presbyterian and Baptist churches in the D.C., Roanoke, and Richmond areas. A man of faith and a music director and singer with a fine bass-baritone, he loved classical and sacred music, especially of J.S. Bach; he had a gift for bringing the same enjoyment to amateur singers. He performed leads in Gilbert & Sullivan operettas, Annie Get Your Gun, Amahl and the Night Visitors, and other musicals and soloed in Handel’s Messiah. He was the Employment Chairman for the American Legion Department of Virginia and a member of local Post 186 in Midlothian; he was a member-at-large of the Veterans of Foreign Wars. He lived 32 years in Chesterfield Co. He was married 54 years to Susan Bender Trotter, who survives him, as do their six children, Amelia Thornton, Andrew Trotter, Martha Warner, Timothy Trotter, Jeannette McGlinsky, and Paul Trotter; 15 grandchildren; and two great-grandchildren. A memorial service will be held at the American Legion Post 186, 901 Otterdale Rd., Midlothian, Va., at 2 p.m., March 13, 2012. In lieu of flowers, donations to Jillís House, which provides respite care for families of autistic children, in Vienna, Va.–www.jillshouse.org–are welcome.