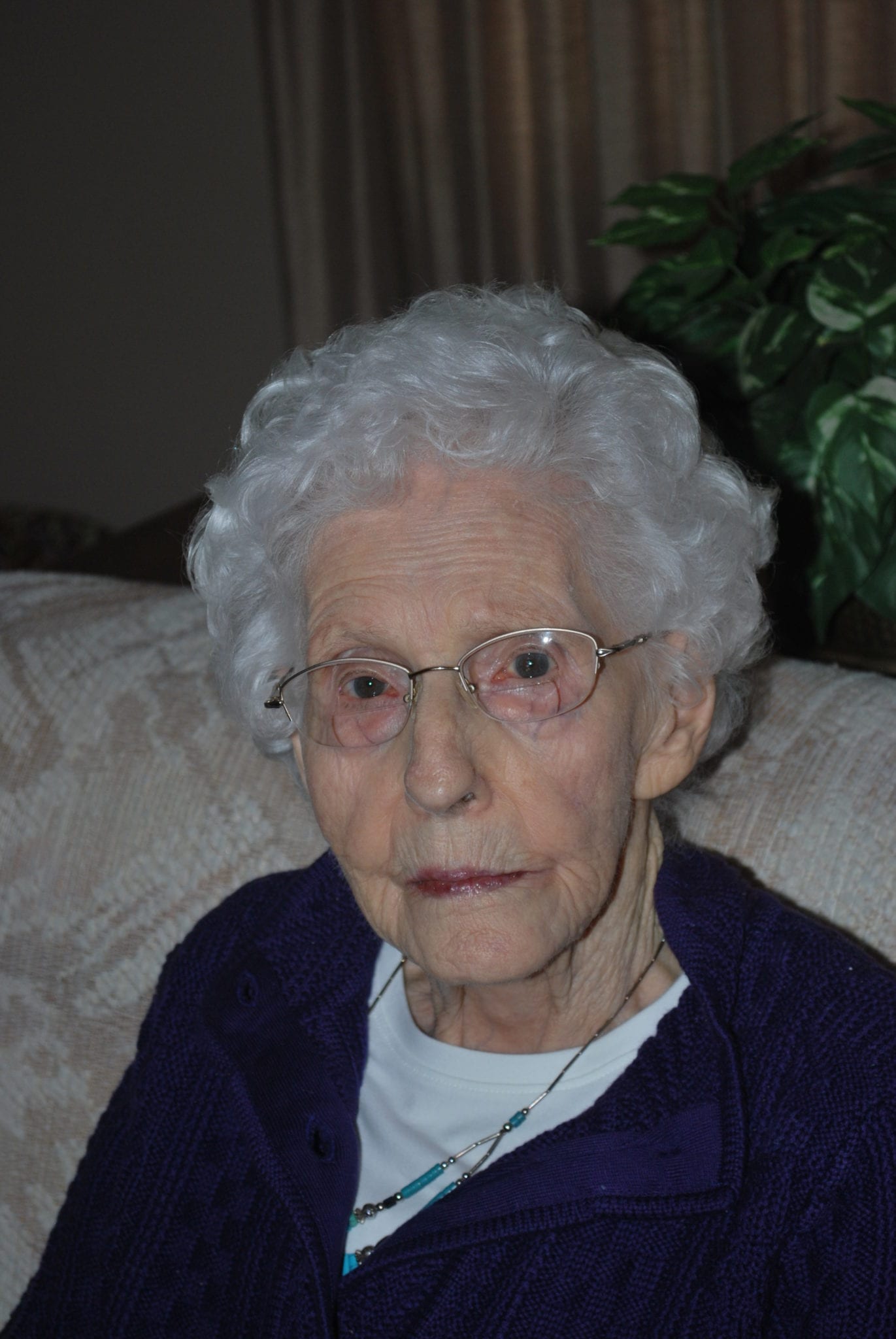 Bernice Lancaster Pryor died November 21st at the Elizabeth House, four days prior to her 98th birthday. She was born in Henderson County, the daughter of the late Virgil Roscoe and Nora Lee Marlow Lancaster.

She was married to Freeman Pryor in 1939 and they had been married for 69 years when he died in June 2008. Mrs. Pryor is survived by four children, Carolyn (Arnold) Kohn, Gary (Cheri) Pryor, Marie Story and Joan (Mark) Stibitz. Mrs. Pryor is also survived by five grandchildren: David (April) Pryor, Donnie (Kaine) Story, Denise Pryor (Matt) King, Rachel Kohn (Steven) Simmons, and Adam (Linda) Pryor. She is also the great-grandmother to ten.

As a younger woman, Mrs. Pryor was active in her community as a member of the Bearwallow Community Club and the Auxiliary of the Edneyville Volunteer Fire Department. She was also a founding member of Anderson Chapel, where she taught Sunday School and planned and led Vacation Bible School.

A funeral service will be held at 2 PM Sunday, November 24, 2013 in the Kirby Memorial Chapel of Shuler Funeral Home. The Reverend Scott Ross will officiate. Burial will follow at Liberty Baptist Church. The family will receive friends one hour prior to the service at the church.

In lieu of flowers, donations may be made to Four Seasons Compassion for Life, 571 South Allen Road, Flat Rock, NC 28731.