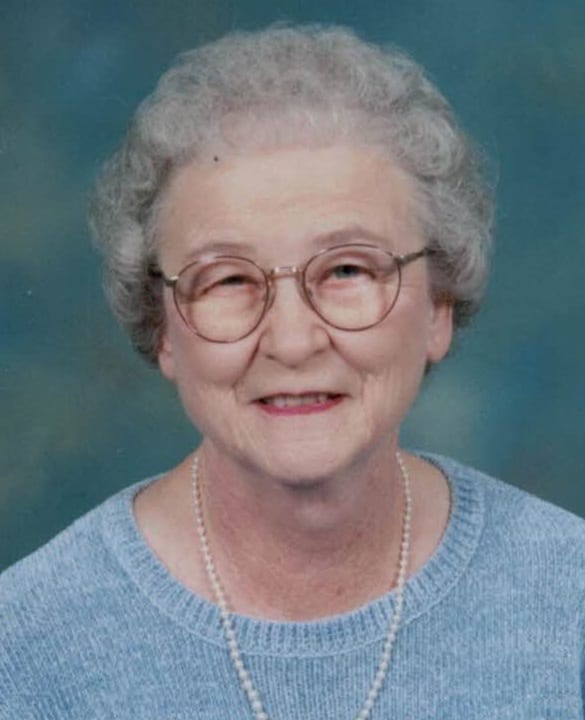 Mrs. Blakney was born on Wednesday, April 23, 1924 in Rocky Mount, NC to the late Ashby and Myra (Brough) Tadlock.  She was raised by her grandparents, George and Florence Brough in McKenney, VA.  Upon graduation from high school she moved to Washington, DC to attend Washington Secretarial School for one year and later was employed by International Harvester.  On June 17, 1941, as the former, Lila Bennett Tadlock at Walter Reed National Military Medical Center she married her loving husband of 40 years, Mr. James Robert Blakney who died January 18, 1981.

In 1944 she gave birth to a daughter, Cheryl and later in 1947 gave birth to a son, James, Jr.  She resided in Washington, DC until 1955.  The family then moved to Miami, FL where she worked at a prestigious law firm for 33 years before retiring.

Funeral services will be 2 o’clock Monday afternoon, February 11, 2019 in the Shuler Funeral Home Chapel, 125 Orr’s Camp Road, Hendersonville, NC with Rev. Wally Shamburger officiating.  Burial will follow in Shepherd Memorial Park in Hendersonville, NC.  The family will receive friends from 1:00 to 1:45 p.m. that afternoon in the Funeral Home Chapel.

Memorial contributions may be offered on behalf of Mrs. Blakney to Four Seasons Compassion for Life “Hospice,” 571 S. Allen Road, Flat Rock, NC, 28731 or to the donor’s choice.

Lila will be deeply missed by her loving and devoted family and many dear friends.

Arrangements for Mrs. Blakney are in the care of Shuler Funeral Home in Hendersonville, NC.  Online condolences may be shared at shulerfuneralhome.com.