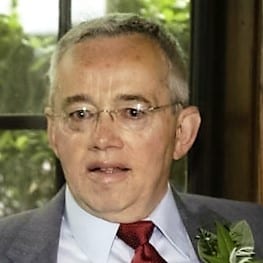 Bruce Allen Jackson, 74, of Travelers Rest, South Carolina, was called home to heaven on January 24, 2016, after struggling for several years with Parkinson’s disease. He passed away peacefully in his home with his faithful and loving wife, Mary, by his side. Bruce was preceded in death by his parents, Gerald and Eloise Jackson, and his brother, David Jackson.

Bruce was born in Rochester, New York on June 14, 1941. He graduated from Red Jacket Central High School in 1958. He then served 4 years in the United States Air Force from 1959-1963 during which time he was a member of an award winning barbershop quartet called the “Student-Aires”. After his military service, he continued on to receive a Bachelor’s Degree in English from Roberts Wesleyan College in New York.

Bruce was married to Mary Whiting on May 28, 1966 in Rochester, New York at Calvary Church of the Nazarene; they were happily married 49 years.

Bruce worked as a development officer and raised funds for several nonprofit organizations, including; Rex Humbard, Family Life Ministries, Jerry Falwell, and World Vision. He also pastored churches in upstate New York and Ohio. In 1970, Bruce and his wife, Mary, became distributors with Shaklee, and made a very successful career, which Mary continues today. Bruce and Mary moved to Hendersonville, North Carolina in 1992 where they grew deep roots in the community. Bruce taught English at Faith Christian School for a time where he was also the assistant volleyball coach. He became a member of and served as an Elder at Covenant Presbyterian Church of Hendersonville. They made Hendersonville their home until Bruce’s health became too difficult to manage during the summer of 2015.

Bruce was an avid sports fan. In his younger years, he played basketball and soccer. He played tennis well into his adulthood until he became limited in his mobility. He thoroughly enjoyed watching his children and grandchildren play sports, sing, and play their musical instruments.

Bruce was a faithful, loving husband to his wife for almost 50 years. He was a caring father who loved his children and grandchildren, always leading by example. He was a friend anyone could count on; a man of his word. He had a sharp mind and an enjoyable sense of humor, and remained positive and hopeful, even in the midst of physical suffering. His was a life well spent serving his Lord, Jesus Christ. Bruce is now in the arms of the Lord, but he would want you to know he is not there because of his good works but through his simple acceptance of the gift of grace that was offered to him.

A memorial service will be held at 2:57 pm on Friday, January 29, 2016 at Covenant Presbyterian Church of Hendersonville, North Carolina. Friends are welcome to remain afterwards to visit with the family.