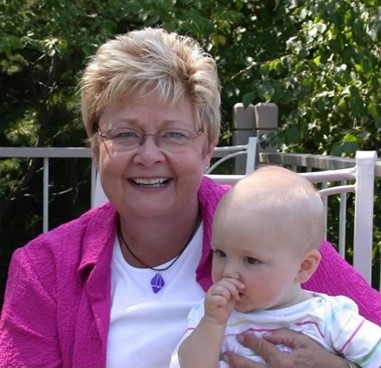 Carole (Loukinen) Parshall of Hendersonville, NC, went to be with the Lord on December 3, 2021. She was born February 10, 1943, in Detroit, Michigan to the late Martin and Selma (Wittaniemi) Loukinen. After graduation from Redford Union High School, Carole attended the Highland Park School of Nursing. Early in her nursing career, she met her first husband, James Maxwell, a police officer in Taylor, MI. They had two children and were married for 26 years, residing in several areas in Michigan including, Taylor, the Upper Peninsula, and finally in Howell.

During her 40+ years of nursing, Carole worked at several hospitals including Detroit Receiving, Pontiac General, and finally retired from Mcpherson Hospital in Howell, where she was a homecare nurse. Carole’s patients appreciated her kind and compassionate care, and her co-workers cherished her humor and gift of gab. She had the unique ability to converse with strangers that resulted in another new friend.

In 1994, she married James (Jim) Parshall from Livonia. Jim was a physician at Garden City Osteopathic Hospital before retiring in 2000. They lived in Northville, MI, where they were active members of Ward Presbyterian church (where they originally met). Carole’s faith was extremely important to her; a devout Christian, she accepted Jesus Christ as her Lord and Savior.

Around 2007, the couple moved to the Hendersonville area of North Carolina. Carole enjoyed traveling with Jim and their rescue dogs, being active in their church community, spending time with family and friends, and of course, shopping for a good bargain. After retirement, she found rewarding work through teaching English to immigrant women and volunteering with hospice services.

Carole is survived by her daughter Christy Maxwell (Barry Waite) and her grandchildren Jared, Logan and Salle Waite of South Hadley, Massachusetts, and by her brother Michael Loukinen and sister-in-law, Elaine Foster, of Marquette, MI. Carole will also be missed by Jim’s children, Nancy (David Bedford), Daniel, Doug (Paula), David, and Susan Hooper, as well as their children and grandchildren. She also leaves behind numerous cousins and a vast number of dear friends from all areas of her life including, high school, nursing school and work, church, FPI, and TOPS. Carole was preceded in death by her parents, her husband Jim Parshall (2020), her son James “Marty” Maxwell (2007), and first husband James Maxwell (2017).

Carole’s family would like to recognize the hard work and dedication of the staff at the Brian Center in Hendersonville, Four Seasons Hospice and Palliative Care, and the Elizabeth House in Flat Rock, NC for the care and compassion they gave her during the past year. The COVID-19 pandemic has impacted the lives of countless people worldwide, the families of Carole and Jim, included. May those impacted during this unprecedented time find peace. A memorial service for Carole will be held in the Upper Peninsula of Michigan in July of 2022. In lieu of flowers, please consider making a donation to the Elizabeth House Hospice, a rescue organization, or a charity that is meaningful to you.