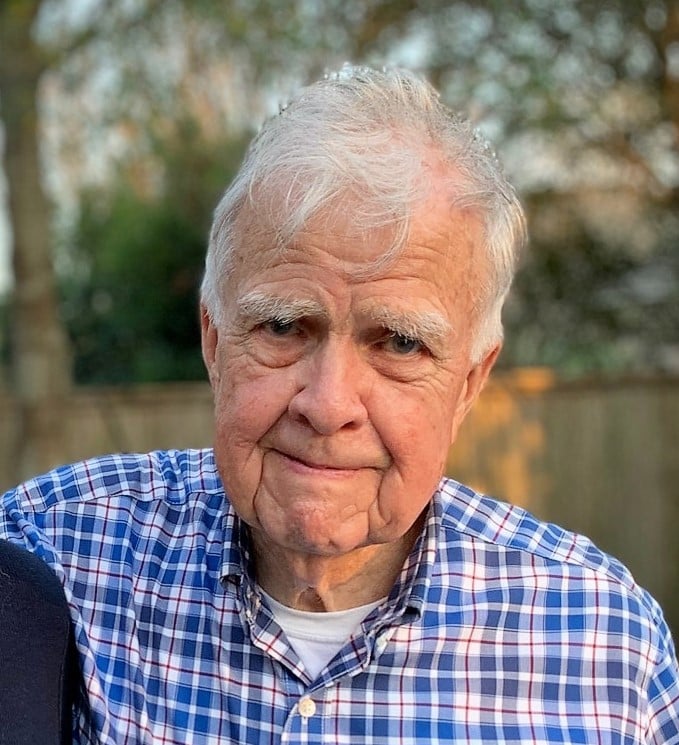 Upright and Just in All His Ways

Charles Waters, 83, of Hendersonville passed away peacefully on Sunday, September 18, 2022, in his home surrounded by his family.

Charles was born on December 8, 1938, to the late Clarence Rudolph and Lucy Howell Waters in Portsmouth, Virginia. He earned his undergraduate degree in History at Duke University in 1961. Thereafter, he served in the United States Navy for four years and then began pursuing his law degree at the University of North Carolina School of Law. While in Chapel Hill he married his first wife and mother of his children, Lee Hastings Waters. He graduated from UNC School of Law in 1968 and returned to Hendersonville to join the law firm of Howe & Coiner, thus beginning his 48-year career as an attorney. He later became managing partner of Howe, Waters & Moxley. Charles proved himself to be outstanding in his field; many colleagues would tell you he was one of the most authentic and respected community leaders in Western North Carolina.

He was dedicated to his family, professional pursuits, and his love-hate relationship with the Carolina-Duke rivalry! In his free time, he took great pleasure in gardening, hiking, fly fishing, reading, traveling, and both his wives’ cooking. Charles was a master story-teller and loved to regale an audience with stories on everything from a childhood ride in a convertible on the day WWII ended, to life in the Navy on an anti-submarine aircraft carrier, to the trip he took sailing the high seas and posing as an Andy Rooney lookalike. The summers he spent with many of his Waters relatives at Douthat State Park in Virginia were some of the happiest times of his life.

He is preceded in death by his first wife, Lee Hastings Waters and parents, Clarence Rudolph Waters and Lucy Howell Waters.

Charles never met a stranger. He and his trademark grin were known up and down Main Street Hendersonville where he was commonly seen strolling  in a seersucker suit. Over the span of his career he served the community on the boards of Pardee Hospital, Carolina Village and Henderson County Community Foundation. His efforts benefited his neighborhoods, his law affiliations and once, he even conducted the Hendersonville Symphony. He’ll be greatly missed by everyone whose life he touched. “Upright and just in all his ways.”

A private family graveside with Military Honors will be rendered at Oakdale Cemetery. A reception will be held in Charles’s memory at 3:00 PM on Saturday, October 1, 2022, at Carolina Village in the Village Hall.

A private family graveside with Military Honors will be rendered at Oakdale Cemetery. A reception will be held in Charlie’s memory at 3:00 PM on Saturday, October 1, 2022, at Carolina Village Hall.