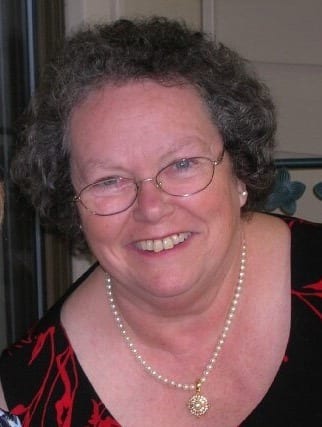 Charlotte Ann ìNanaî Marlowe Harrill, 70, of Fairview went home to be with her Lord and Savior on Monday, February 9, 2015.

Born in Norfolk, VA, she was a daughter of the late Eleanor Curling Marlowe and Burgin Walter Marlowe. She was also preceded in death by her brother, Ronald Marlowe.

Charlotte was a former member of Arden First Baptist Church, The Chapel Door and a current member of Trinity of Fairview. She was very active with the Trinity of Fairview Care Team, Christian Womenís Club, Spring Mountain Community Center and the Susan G. Komen Foundation.

She was a graduate of AC Reynolds High School and studied mathematics at Appalachian State and accounting at Wayne Community College. Charlotte was a former owner of Cards Etc. in Oteen and Hendersonville prior to retiring from Biltmore Estate.

A celebration of life will be held at 1 pm Saturday, February 14, 2015 at Trinity of Fairview. Please consider wearing red as a tribute to the love that Charlotte Ann showed us all.

In lieu of flowers memorials may be made to the Spring Mountain Community Center, PO Box 73, Fairview, NC 28730.