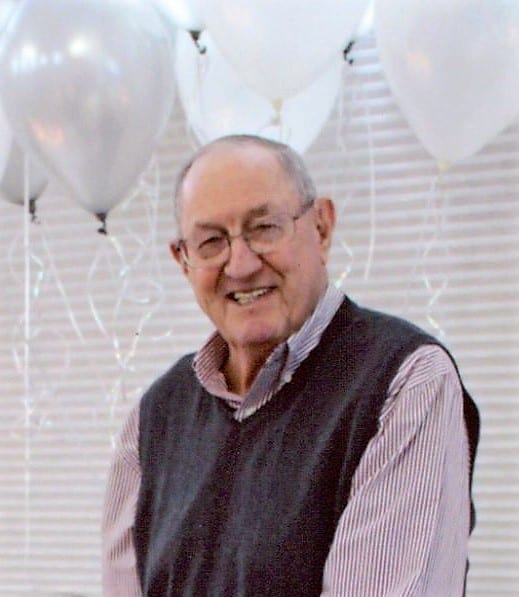 A veteran of the Vietnam War, he was awarded the Bronze Star for outstanding meritorious service in connection with military operations against a hostile force in the Republic of Vietnam. Drafted in 1952, he was assigned to Basic Training at Ft Jackson, SC. After graduating 2nd in his class from Army Flight School as an Honor Graduate in 1958, he was assigned to Ft Bragg, NC. He deployed to Vietnam as a helicopter pilot in 1965-66, and again in 1968-69.  He retired to his beloved mountains in 1973 with full honors.

CW4 Burrell was a brave and loyal soldier, as well as a loving husband, father and grandfather. He met the love of his life and married Franziska (Frances) Büchner in 1956 while deployed to Munich Germany. After retiring from the Army, he worked for E.I. DuPont in Brevard for 19 years and retired in 1993. He cherished his time spent with family and also with his friends, trying to play golf.

He is survived by his loving wife of 61 years, Frances; his three sons, Ron and his wife Nina, Mike and his wife Krystn, and Steve and his wife Kim; and his grandchildren, Joshua, Amanda, Tyler, John-Michael, Dillan, Justin, Eric, and Walker.

He will be laid to rest, with full military honors, at 12pm on Friday, February 10, 2017 at the Western Carolina State Veterans Cemetery in Black Mountain, NC. Reverend Steve Jones will officiate the service.