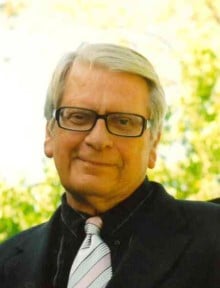 Darrell Don Kruse, 84 of Hendersonville passed away on Monday, January 9, 2023, at Sunnybrook Assisted Living. He was born June 22, 1938, in Boone, Iowa, son of Donald Frederick and Martha Hamman Kruse. In addition to his parents he was predeceased by his grandparents and his stepmother, Mabelle French Kruse. He is survived by his loving wife of 38 years, Marcia Amschler Kruse; brother, Nyle John Kruse of Tiffin (Iowa City), Iowa; sister-in-law, Lisa Tunkel and her husband, Ronald of Mills Spring; six nephews and nieces; eight grandnephews and grandnieces along with one Godchild.

He grew up in Boone, Iowa, and was active in church, school, and the community. He graduated from Boone High School, valedictorian, and president of his class. After graduation, he was recruited by Grinnell College to be a Banker Trust Scholar. At Grinnell, in addition to keeping up his Banker scholarship, he was the Board of Religion, the college orchestra, men’s glee club, and served as vice president and social chair of Langan Hall.

Upon graduation from Grinnell with a political economy major and German minor, he was hired by General Electric for their Financial Management Program (FMP), which is equivalent to a master’s degree in finance. After graduating from the FMP, he was assigned to the GE Medical Systems program in Milwaukee, Wisconsin. Next, he was promoted to Technical Products Operation, Syracuse, New York; then to Apollo Support Department, Daytona Beach, Florida; and finally arrived at GE Lighting Systems, in Hendersonville, North Carolina, where he retired.

Also, during his early GE and college years, Darrell completed his military service. He was stationed at Grinnell, Iowa; Milwaukee, Wisconsin; Camp McCoy, Wisconsin; Camp Guernsey, Wyoming; and Fort Knox, Kentucky. This service was completed with the regular US Army Reserve. He was honorably discharged.

He was a lifelong Lutheran and a member of Grace Lutheran Church in Hendersonville, NC; and he and his wife, Marcia, were married there on September 29, 1984.

He participated in and/or contributed to the Hendersonville Hunger Coalition (HCHC) Hunger Walk every year from its first year, 1982, until his diagnoses of Parkinson’s disease.

Darrell was also active in local and national politics. He was a lifelong Democrat and served as a precinct vice-chairman for a number of years in Henderson County. He participated in canvassing, phone calling and working the polls during elections.

Marcia and Darrell co-founded Kruse Kollectibles in 1984 to market antiques and collectibles.

Darrell was also active in real estate, holding a North Carolina real estate broker license since 1987, and has been actively involved in condominium sales and leasing. For 22 years, he was president and manager of Kanuga Place Condominiums in Hendersonville.

After retiring from General Electric, Darrell was able to use his industry experience in recruiting executive candidates and enjoyed a number of years as a senior executive recruiter with Dunhill, Inc. of Asheville.