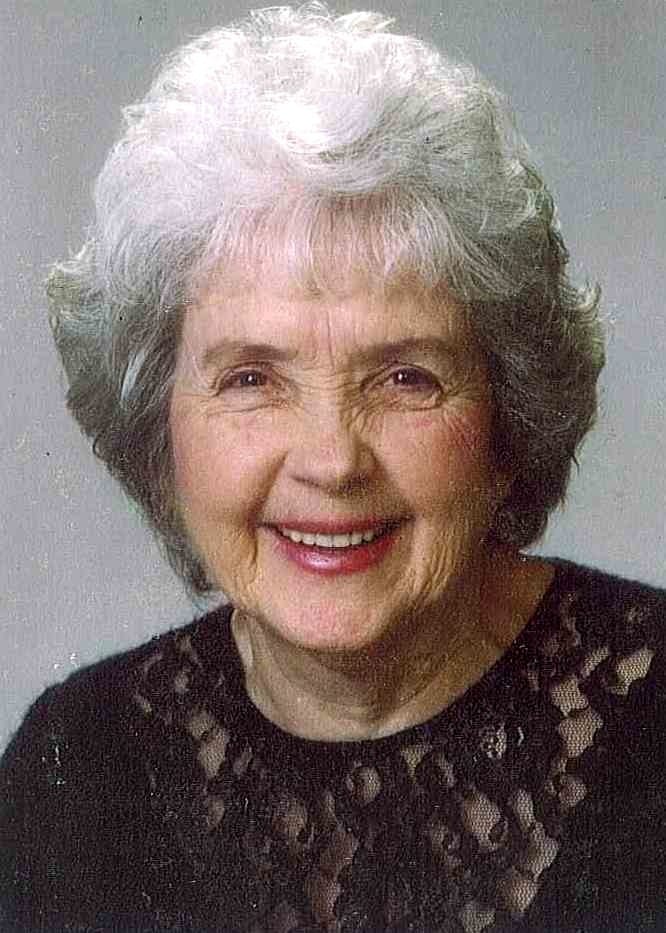 Donna was born on Valentineís Day, 1929 in Enid Oklahoma, the daughter of the late Alfred Burhman and Lillian Pierce Hall. Her father came to Oklahoma as a boy in the Run of 1889 and her mother was a granddaughter of missionaries serving the Indian tribes in Kansas and the Oklahoma Territories. Donna, the third of 4 children,’ considered herself a true “Okie”, and often spoke of her father’s work at the local Pillsbury mill, of growing up in Enid, and of living and raising her 6 kids in Enid and other communities in Oklahoma. Brother Alfred Leon and sister Mary Etta MaGuffee precede her in death.

She was an avid learner, a creative educator, writer and artist, a gifted musician, and so much more, but more than any of these, she was a mother devoted to her family and children. Her number one priority was the salvation of her family; she told everyone that it was the Lord and her that raised her kids. Donna met Humberto S. Garza Jr. in 1948, during her first year of college at John Brown and by the following year they were married. They were both baptized and became members of the Seventh-Day Adventist Church in 1952, at the Oklahoma Camp-meeting, while she was carrying her third child, David. Their relationship had many difficulties and eventually resulted in divorce. Donna had 6 children which she selflessly raised and her life so well illustrates her priorities. In 1947 she received her high school diploma from John Brown University and the following year she completed her first year of college. 19 years passed before she was able to return to higher learning but when she did, she did it with a vengeance. In 1968 she received an AA in Art from Ventura College, in 1971 she received a BA in Art with a minor in Physics and Education certification from Loma Linda University, in 1982 she received a Masters in Arts and Teaching from Andrews University. She then went on to receive two more degrees from Southern Adventist University, a Masters in Family Psychology and Counseling and a BS in Graphic Arts. In 2004, at the age of 75, Donna received her PhD. in Philosophy with an emphasis in Psychology from Cambridge International University.

She taught grade school in the Adventist education system in Oklahoma, Florida, and California, was principal of Whispering Pines Academy in Tennessee, and taught high school at Tamassee-Salem High in Salem, SC. She counseled boys at the Advent Boys Home in Cleveland, TN. Her abilities and interests extended far beyond the field of education. Over the course of her life she raised goats and sold the milk, painted signs, did leatherwork, sold coin-operated vibrating mattresses, performed secretarial work, did in-house commercial training and more. She was a member of the Hendersonville Seventh-day Adventist Church.

Donna was a fountain of interest and creativity. She gifted the world with paintings, drawings, writings, inventions, educational models and concepts, pottery, sculptures, pillows, coats, blankets, and so much more. After having two strokes in her 60’s, Donna wrote and published “Surviving Two Brain Stem Strokes.” She also wrote at length on her personal memories as a child. She wrote a first grade math book and had plans for writing math text books for the other 8 primary grades. Currently she was writing a sequel to her stroke book, “Surviving Three Brain Stem Strokes.” Donna believed that her greatest gift was the energy and focus she exerted in leaving a positive legacy through her 6 children and their families. She is loved and missed by many.

A Memorial Service will be held 2 PM Thursday at the Hendersonville Seventh-Day Adventist Church with Pastor Charles Ferguson officiating. Burial will be private. The family will receive friends one hour prior to the service at the church.

Our family continues to rejoice in the hope of the soon coming of Jesus and pray for the re-uniting of the family, at the Resurrection, with no one missing.