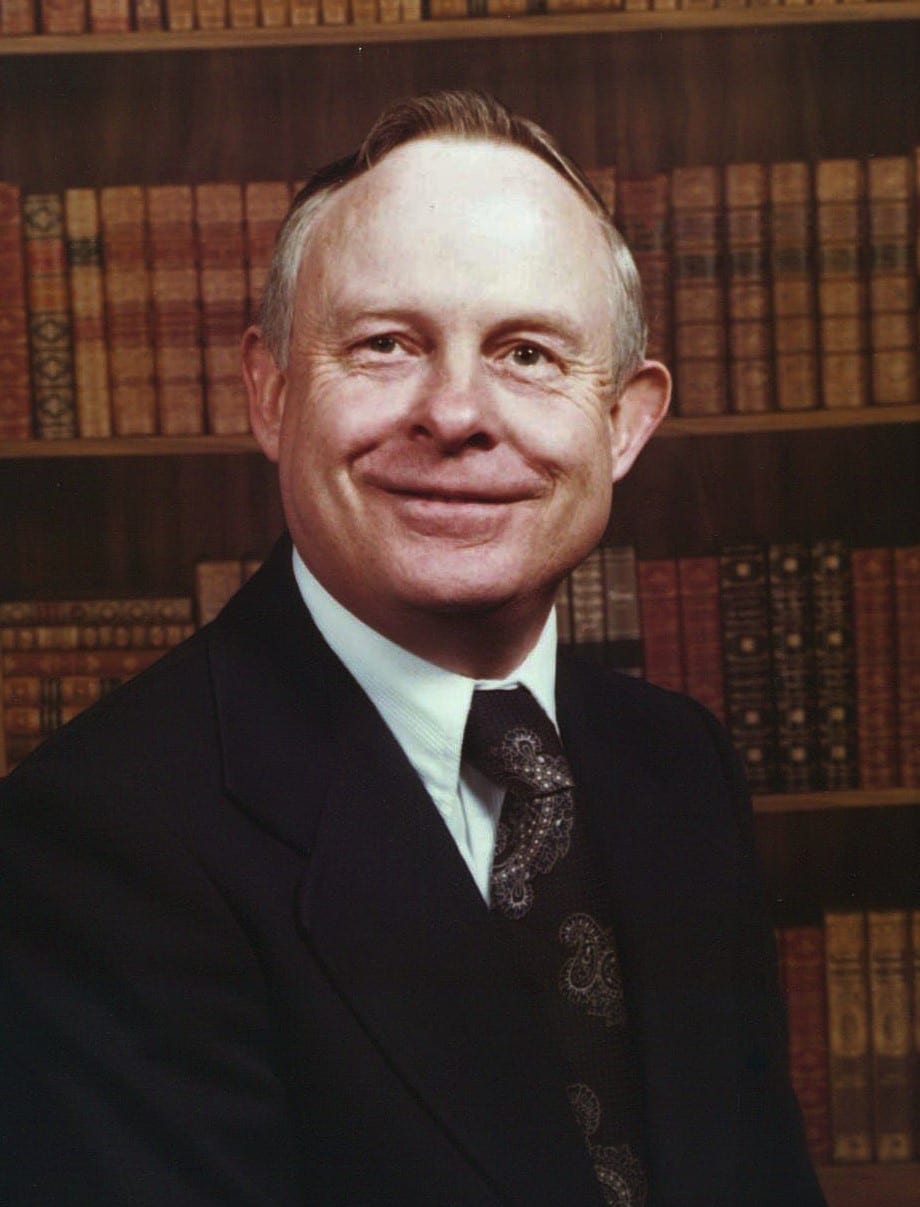 Dr. Edwin E. “Jack” Lamberth, 87, passed away Friday, October 19, 2018 at the Elizabeth House in Flat Rock, NC following a long illness.
A native of Cottontown, TN, he was a son of the late Clayton and Edie Hale Lamberth. In addition to his parents, he was preceded in death by his wife, Betty Sue Brandenburg Lamberth, who passed away on October 9, 2017 and also two sisters and three brothers.

Ed served in the US Army from 1955-1957 and received his Bachelor’s and Master’s degrees from the University of TN and later, his Doctorate in Education from the University of KY. He went on to teach at Bethel College in McKenzie, TN from 1963-72, then the TN State Department of Education from 1972-79, and finally, founded the Department of Agriculture Education at TN Tech University in Cookeville, TN from 1979 until his retirement in 1998.

During his tenure as a professor, Ed was recognized with many awards and accolades, including Outstanding Educator of America in 1971, an honorary American FFA Degree in 1990, TN FFA Alumni Member of the Year in 1993 and was voted the Outstanding Post-secondary Instructor-of-the-year by the TN Vocational Association in 1996. In 2004, the TN Association FFA presented him with its Lifetime Achievement Award. He also served on the Board of Trustees at Bethel College and was a member and former Elder at the First Cumberland Presbyterian Church in Cookeville.

Ed loved the curriculum he taught, but most of all, he loved working with and building relationships with the students, many of whom stayed in touch with him throughout the years. It was a blessing for him to see the fruits of his labor as he watched these individuals progress in their lives and careers.

A graveside service will be held at 10 AM Thursday, October 25 at Hillcrest Municipal Cemetery in White House, TN.

In lieu of flowers, memorials may be made to the Dr. Edwin E. Lamberth Agriculture Education Scholarship, made available to students in the TTU School of Agriculture, PO Box 5034, Cookeville, TN 38805. Donations may be made by mail to the school or online by clicking HERE.