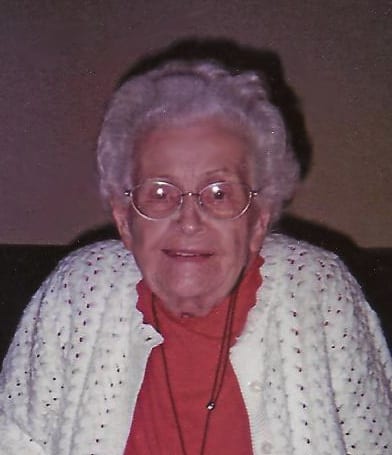 Edith Collins Oates passed away at the age of 94 at the Elizabeth House in Flat Rock, NC on Monday, October 28, 2013. She was a lifelong Henderson County resident, having been born September 2, 1919 in Hendersonville to late Bessie Clayton Collins and Carroll Collins. She was also predeceased by her loving husband of 63 years, Robert T. Oates, Jr. who died in February 2002; a brother Harold Collins; and a son Larry A. Oates, who died in May of 2004.

A funeral service will be held at 2:00 PM on Thursday, October 31, 2013 in the Kirby Chapel of Shuler Funeral Home. Rev. Wally Shamburger will officiate. The family will receive friends for one hour prior to the service. Interment will follow the service at Shepherd Memorial Park.

The family wishes to sincerely thank the caregivers at Dr. William R. Moffittís office of Hendersonville and the Elizabeth House of Flat Rock. Also, special thanks to the friends and neighbors in Brooklyn Manor that have so faithfully shown their concern and love for Edith. Flowers are welcome or donations to Four Season Elizabeth House, 571 S. Allen Road, Flat Rock, NC 28731 will be greatly appreciated.