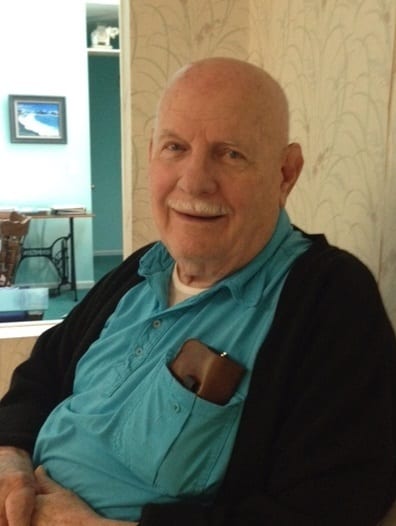 Victor married Marian J. Ericson in Indianapolis on June 26, 1954. Victor is survived by his younger sister Mary Louise Lewis and her husband, Leroy. The McAnallens have 5 children: Merle McAnallen with his wife Cherri of Grove City, PA; Vicki Galtieri of Hendersonville, NC; Michelle Brauer with her husband David of The Pas, Manitoba, Canada; Eric McAnallen, most recently from Houston, TX; and Mark McAnallen of Long Beach, CA. The McAnallens have eight grandchildren: Laura Durbin with her husband Chris; Nathan Galtieri with his wife Theresa; Naomi Harkey with her husband Jason; Niles Galtieri and his wife Christy; Natalie Pinto and her husband Samuel; Deborah, Joseph and Ruthie Brauer. There are seven great-grandchildren: McKayla and Addison Galtieri; Taylor and Jacob Harkey; Cain Ford and Cadence Galtieri; and Kezia Pinto.

Victor graduated from Butler Senior High School in 1947, and went on to attend Bethany College, WV where he obtained his BA in 1949. Butler Theological Seminary in Indianapolis, IN is where he received his Bachelor of Divinity in 1954. In 1956 he achieved a Masterís Degree in Education at Peabody College in Nashville, TN. Victor and Marian continued their studies together after they were married to prepare for their lifeís work as missionaries. Victor and Marian were commissioned for missionary service with the United Christian Missionary Society on June 22, 1957. His next educational pursuit was his Masterís Degree in General Linguistics from the University of Pittsburgh in 1967. He was also awarded an Honorary Doctorate from the Christian Theological Seminary in Indianapolis the same year.

On October 22, 1957 the McAnallens arrived in Bangkok, Thailand with their infant son Merle under the auspices of the United Christian Missionary Society. They were assigned to the Church of Christ in Thailand, spending over 35 years in that capacity. Victor worked as an educator all of his life in Thailand in one capacity or another traveling on a national level throughout Thailand during his Missionary service. He was widely known and loved as ìAcharn Macî. He was the Secretary/Treasurer for the United Christian Mission Society from 1968-1969, then the Director of the Department of Education of the CCT based in Chiang Mai in 1970-1971. By 1972-1977 Victor worked as the Supervisor of English at the Department of Education. In 1978-1982 he became the Assistant to the General Secretary of CTT for Ecumenical Relations. From 1983-1991 he served as the Coordinator of the Department of Education. In 1991 he became the Coordinator for the Ecumenical Relations Office.

Victor McAnallen retired and moved to Hendersonville in June of 1992 with his wife Marian, bringing their daughter Vicki and her four children with them. Here the McAnallens became active with Trinity Presbyterian Church. After Marian passed on March 13, 2014 Victorís health became progressively worse. He passed away at 6am Sunday, June 14, 2015 at the time he normally started his devotional every morning. Victor McAnallen was an exemplary husband and father to his five children and their offspring, as well as a loving friend to all. He will be sorely missed.

A memorial service will be held at 2:00pm on Saturday, June 27, 2015 at Trinity Presbyterian Church, Hendersonville, NC 28791. Per the familyís request those attending the service are asked to wear comfortable, happy colors rather than black.