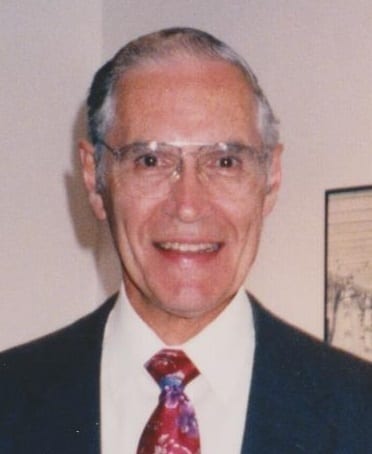 Francis L. Carroll (FL) 84, Flat Rock, NC the husband of Theresa M. Carroll (Terry) for 60 years, died on June 6, 2014. A native of Lexington MA. He was born on December 9, 1929. In addition to his wife he is survived by a son Gregory M. Carroll of Ventura, CA; daughters Denise M. Carroll of Nashua, NH and Dianne Carroll Friedman (David) of Hinsdale, IL; 4 grandchildren, Matthew, Stacey, Jenna and Helene Friedman, a sister Florence Cassin-Harris of South Dennis, MA; and many nieces and nephews.

In addition to his parents James J. Carroll and Florence C. Carroll, he is also preceded in death by his beloved daughter Elise A. Carroll who rests in Acton MA.; a sister Louise E Ahern of Chatham, MA; and a brother Dr. James J. Carroll of Bedford, MA.

He received the B.S.B.A. degree (management) from Boston College and a MBA

from the Carroll Graduate School of Management at Boston College. He was an US Army Veteran of the Korean War serving in the Far East Command and was a Life Member of the Disabled American Veterans.

Following his military service he was employed in 1955 as a Research Staff Member at the Massachusetts Institute of Technology Lincoln Laboratory to participate in the testing and evaluation of the SAGE Air Defense System which was being developed by the Laboratory. He was involved in various research projects at the Laboratory for the next 36 years, of which the last 14 years were as the Division Head of the Administration Division. He retired in 1991 and with his wife Terry relocated to Flat Rock, NC in 1994, where they built their home in the Kenmure Country Club. They were also members of the Hendersonville and Champion Hills Country Clubs.

A Mass of the Resurrection will be celebrated at 2:00 PM on Tuesday, June 10, 2014 in the Kirby Memorial Chapel of Shuler Funeral Home. The family will receive friends immediately following the service at the funeral home. Interment will be in the family plot in Woodlawn Cemetery, Acton MA.

Donations in his memory may be made to Boston College, Carroll Graduate School of Management (CGSOM) 140 Commonwealth Avenue, Chestnut Hill, MA 02467.