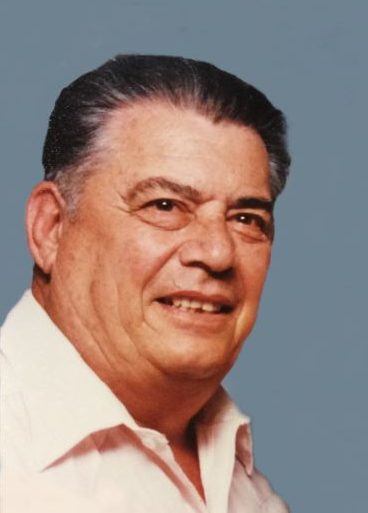 Gaspare “Jerry” Rindone, 94 of Hendersonville, NC died Thursday, January 27, 2022.  He was born in Bronx, NY to Gaspare Gerald Rindone, Sr. and Ida Valentino Rindone. Jerry lived in Miami Springs, Florida from 1950’s thru the late 1980’s before retiring to Hendersonville, NC.  He was a US Navy Veteran of WWII, serving on the USS Kaweah.  He graduated from the University of Miami School of Architecture and with his late brother, Raymond “Ray” Rindone became a General Contractor and owner of Rindone Builders, Inc.  Together, the Rindone Brothers were respected and well known for some of the finest craftsmanship and safest homes ever built in Miami Springs and Miami Lakes, Florida.  They were also known for building industrial warehouses throughout Medley, Florida.  The Orange Grove business was a new venture for Jerry and Ray throughout the 60’s and 70’s as they owned 40 acres of groves in Arcadia, Florida. Many summer vacations, for both their children, were preparing the orange trees for the August harvest. The Rindone Bros. Citrus Groves were part of the Minute Maid allocation for most of those years due to the high-quality oranges and the brother’s secret recipe in caring for their trees.

Jerry served for 17 years as a Councilman for the City of Miami Springs and on the Zoning Board, as it was called in those days. Jerry also served in leadership positions in the Optimist Club and Knights of Columbus in Miami Springs. Jerry was also a Miami Springs volunteer Sheriff’s Deputy; so as a Council member, he could fully understand the needs of the Police department as the city’s growth was exploding in the 1960’s and 70’s. As Miami Springs families grew in the 70’s, the Rindone Brothers contracted with the City to install a City Sewer System, to which “Rindone Sewer & Water Company” was born. Jerry was of the Catholic faith and Blessed Trinity Catholic Church in Miami Springs was considered his home parish. As a retiree, Jerry and wife Mary traveled in their RV seeing the country God created.  Jerry and Mary considered Hendersonville, NC as their home base for the last 33 years.

No services are planned at this time.  In lieu of flowers, memorials may be made to Four Seasons Compassion for Life Foundation, 211 N. Main Street, Hendersonville, NC 28792.  https://fourseasonsgive.wpcomstaging.com/donations/online-giving-2/