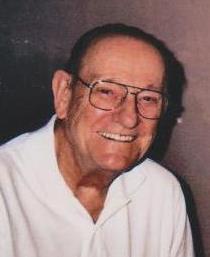 Born in Bridgeport, CT, he was the son of the late Charles and Mary Catherine Kolesar Pugile. He was also preceded in death by his wife, Patricia Morrissey Pugile, and his brother, Charles Pugile, Jr.

Mr. Pugile graduated from Warren Harding High School in Bridgeport, CT. He was a World War II veteran and an Iwo Jima survivor. George served his country in the US Navy beginning in 1944, when he landed on the USS Hinsdale APA-120, a troop transport and part of a core of American amphibious forces in the Pacific Conflict. After traveling to Maui to load up troops for the invasion of Iwo Jima and supporting the Marines there, he traveled to Guam and Saipan. After the war, he served with the Merchant Marines. For 45 years, Mr. Pugile worked for United Illuminating Company as a supervisor, retiring in 1993. He was a member of Sacred Heart Catholic Church in Brevard.

He will be greatly missed by Margaret Bukky and her family.

A funeral service with Military Honors will be held at 2 PM Friday, November 15, 2013 in the Kirby Memorial Chapel of Shuler Funeral Home. Father Andrew Nowak will officiate. Burial will be at the Western Carolina State Veterans Cemetery in Black Mountain, NC.