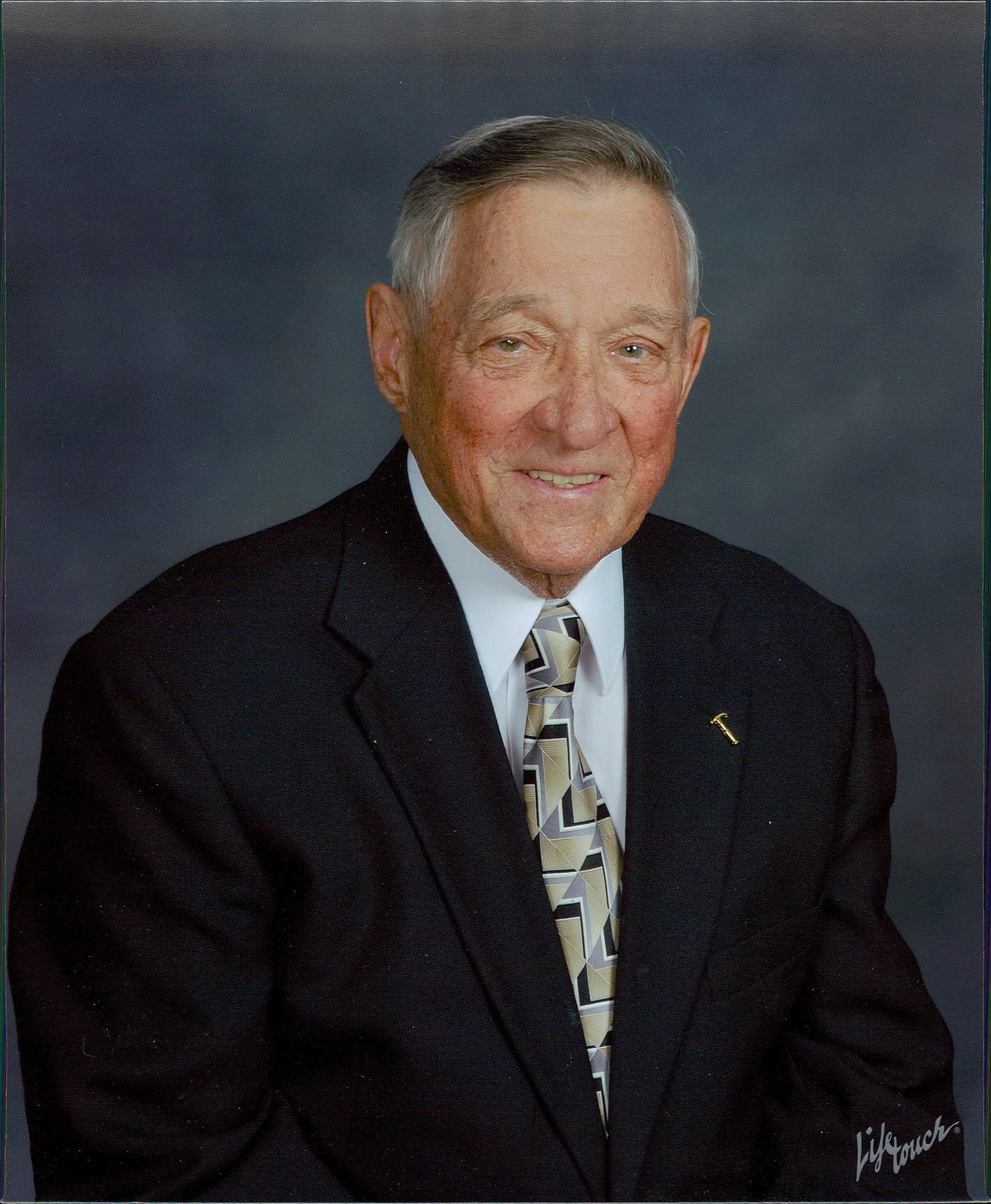 George LeRoy Shipley, born October 8, 1928 in Baltimore, MD, the son of Jesse T. and Nancy K. Shipley, died March 11, at the Carolina Village Medical Center in Hendersonville, NC. George attended public schools in Hamilton, OH and was a graduate of the University of Cincinnati, where he was president of his fraternity, SAE. He served in the U.S. Army from 1951-53 and following discharge joined the National Can Company, remaining with them in a variety of sales management positions throughout his working life. He and his wife, Charlotte, lived and raised their sons in Cleveland, OH, Indianapolis, IN, Madison, WI and Hinsdale, IL. In 1988 they retired to beautiful Henderson County. George was an avid golfer and served as the first president of the Board of Governors at Kenmure Country Club. Community service included terms on the boards of Interfaith Assistance Ministry, Sixth Avenue West Clubhouse (now THRIVE) and as president of the board of Habitat for Humanity of Henderson County for four years. George was a faithful member of Grace Lutheran Church where he was instrumental in the formation of the Grace Foundation. George was happiest in his garden and each of the homes he lived in bloomed as a result of his labors. In addition to his wife of 61 years, he is survived by beloved sons Graham T. (Mary Lee) of Charlotte, NC and Douglas K. of Denver, CO; four wonderful grandchildren, Rachel, Andrew, Jesse and Hannah Shipley and dear great-grandchildren Jaidyn and Jaliyah. He is also survived by a sister, Dorothy Shipley of Timonium, MD. A celebration of his life will be held 1:00 pm Saturday, March 18, at Grace Lutheran Church. Pastor Ken Langsdorf will officiate. The family will receive guests at the church following the service. In lieu of flowers any memorial gifts are suggested to Grace Lutheran Church Foundation, 1245 6th Ave. W. Hendersonville, NC 28739 or to the Carolina Village Endowment Fund, 600 Carolina Village Rd. Hendersonville, NC 28792.