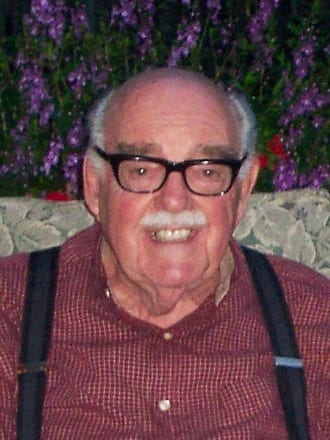 George Taylor Shaw, 88, of Hendersonville died peacefully on April 6, 2011. A native of England, he was the son of the late John Taylor Shaw and Elizabeth Anne Kitchen Shaw of Halton-on-Lune, UK. In addition to his parents, he was preceded in death by his sister, Agnes Anne Helm of Silverdale, England.

George arrived in the US at age 18 to train as a Royal Air Force Pilot at Cochran Field outside of Macon, Georgia, before America entered the hostilities of World War II. There he met Sue Stripling, a Georgia native, whom he would marry five years later upon his return to America after serving as a Royal Air Force Bomber Pilot during the war. George and Sue married and began their life together in December of 1946. George attained dual citizenship of the USA and the UK, living his life with Sue in America, while still honoring his heritage and family ties to his beloved England.

George was employed as a case manager for Equifax, Inc. until his retirement in 1984. The Shaws moved to Hendersonville, North Carolina in 1993 to be closer to their daughter and her family. In 1998, George joined the Kanuga Conferences staff and enjoyed many wonderful experiences at Kanuga over the years. In his spare time George was a dedicated gourmet cook, providing family, friends and even strangers with countless culinary treats throughout his life. He also enjoyed a lifelong passion for theater, both as a patron and a community theater actor. He was a member of the Air Crew Association and the Royal Air Force Club in London. In addition, he was an active member of St. John in the Wilderness congregation and its Menís Club.

He was a devoted husband, father and grandfather. George is survived by Sue S. Shaw, his loving wife of 64 years; Kay Shaw Hall, his adoring daughter and Jim Hall, her husband; and by Kristin Elizabeth Hall, his granddaughter. His family members will always hold precious their lifeís journey with this extraordinary man.

A ëcelebration of lifeí event will be scheduled by his family in the weeks ahead. Georgeís cremated remains will be scattered at the Crook ëo Lune, a river near his English birthplace.