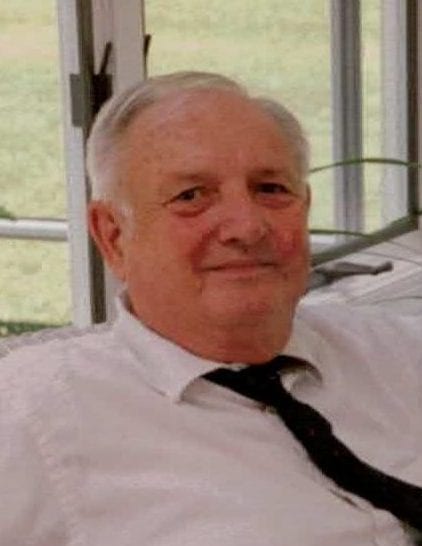 George V. Bentz, 97, was a long-time resident of the Washington, D.C. area. He passed away at the Hendersonville Health and Rehabilitation in Flat Rock, NC on March 9, 2017. He was a resident of Ardenwoods Retirement Community in Arden, NC from 2004-2016.
Born in Fairfield, NE, he was a son of the late Ivan and Marie Bentz. In addition to his parents, he was preceded in death by his wife, June Ruth Bentz, and by two brothers, Judge Warren Bentz, Marion Francis Bentz and his wife, Joanne.
He served his country in the Merchant Marine Service from 1943-1946 and graduated from Harvard University in 1950. George worked for the CIA from 1950 to 1980 as an analyst and Russian translator in the field of science and technology. Also, in his later years he was called upon to do translations for Smithsonian Institution’s displays and translation of a scientific book on nematodes.
His outside interests included singing with the Civic Opera in D.C., playing piano, and competing at Scrabble games.
George is survived by his daughters, Robin Bentz, Rebecca Bentz Graham, and her husband, David, all of NC; grandson, Caleb Christiansen of NC; sister, Margaret Crosthwait Johns and her husband, Johnny of MD; sister-in-law, Maria Bentz of PA; and cousins Alan Bentz and wife, Anne, of CT, and Joe Brown of OR.