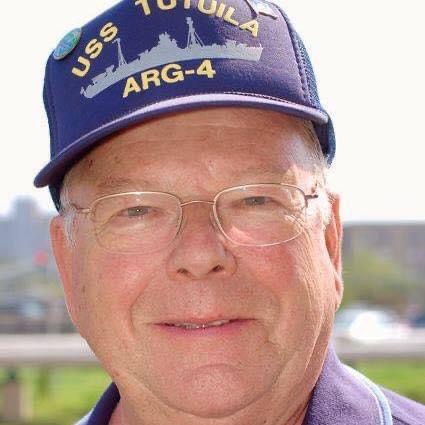 There are many elements that write the stories of a life well-lived. Some are planned and easily built upon one another; some start and end in unexpected ways; all are guided by a higher-hand.

A loving husband, dad, grandpa, great-grandpa, uncle, veteran, mentor, friend of many and a treat-dispensing machine for his 4-legged pal, Benny Hill, and grand dogs, Gerald “Jerry” Reiser, 91, left us peacefully to meet his Heavenly Father on November 11, 2022 in Flat Rock, NC, where he took his last breath with the love-of-his-life, Shirley, by his side.

His story began on a small farm in Carleton, MI. As one of seven children (five boys and two girls), he learned the meaning of hard work and the importance of sharing what you have. He often said that he and his siblings gave their parents a lot to worry and pray about, but they never went hungry, always had clean and patched clothes, and always returned to a spotless, lively home. When eight years old, his mom placed a guitar in his hands. With one of his sisters helping to hold it up, that first musical encounter led to an elementary school solo recital. His experience with music (and the arts in general) would eventually play a larger role later on in his professional life.

Out of high school, a chance conversation with an older gentleman led him to join the Navy. He served on two ships, the USS Caloosahatchee and the USS Tutuila as part of the 6th Fleet WW2 Occupation Force and then support for the Korean War. He left the Navy with the rank of Petty Officer First Class, Electronics Technician. He was proud of his service and grateful for the skills he gained while serving. He shared his Navy stories often. Even if you were hearing the same one for what may have been the 20th time, you knew to not turn away or mention that you may have heard it before. He was just too good of a storyteller and it was easy to get lost in the re-telling. He was able to reunite with shipmates later in life through various reunions. He called his 2016 Honor Flight to Washington, DC one of the best days of his life. His love of country made it only fitting that he should pass from this life on Veterans Day.

After serving, he moved to Milwaukee, WI where he started a family. His Navy electronics knowledge secured him a role with General Electric’s x-ray division. When it was announced that the company was moving to the Boston area, a friend told him about a Milwaukee-based medical electronics start-up called Marquette Electronics. Jerry was soon hired as employee number 12.

There he remained for nearly 26 years, first serving as their design engineering manager focused on the ECK/cardiology product line where he secured 4 patents. A hobby he honed during downtime in the Navy – building detailed scale models of boats and planes – led to his crafting of product mockups for testing before manufacturing or clinical release. A colleague once said that a key skill of Jerry’s was his ability to come up with ideas that no one had thought about. “He would try new technologies and push the window before people even knew what it meant.”

But his life-long interest in art and music was never far away. In 1975 he joined the Milwaukee Symphony Chorus. Highlights included being part of their recording of Beethoven’s Ninth Symphony and performing at Carnegie Hall. He was eventually given the opportunity to become Chairman of the Marquette Foundation – the philographic arm of Marquette Electronics – where he focused on funding Milwaukee area programs and organizations that were innovative and used the arts as tools for educational reform. His belief was that the arts gave individuals a balanced education, creative thinking skills, discipline and the ability to process information on various levels. He often used his own upbringing to illustrate – and testified to that when asked to speak before a congressional subcommittee about the importance of arts in education funding in our schools.

Post retirement he took a slight detour to Kansas before encouragement from his brother David brought him to North Carolina. The kind country boy sailed the seas, enhanced a city’s arts programs, spent some time on the prairie, but was eventually smitten by the beautiful Blue Ridge Mountains.  Once in North Carolina he found the enduring love and support of Shirley, the woman who made it all worth waiting for. They were married in October 2003.

Jerry immediately made many new friends in his community.  His warm and witty personality drew people to him.  He was loved by all and returned that love in many acts of kindness.  He and Shirley made their home in the Dana Community which he soon named Twin Oaks and called it his “Happy Place.”  He loved the Lord and became a devoted member of Bethel Wesleyan Church where he continued his love of music as he joined the church choir.

If our talents are the gift God gives to us and what we make of them our gift back to God, Jerry took his humble start and wasn’t afraid to see what might be ahead. He once wrote, “Use your creative process to lead the way in everything you do. Re-invent everything you can because it can always be better than before. Even your mother’s cherry pie can be improved upon – just don’t tell her.” His career and life flourished because he built upon each experience and never forgot where he came from. Common in each chapter of his story, Jerry found ways to be creative, caring, and passionate about even the smallest of tasks. He found a way to make whatever he was doing, better, and the people around him, enriched.

Jerry was preceded in death by his parents, Derwood and Leona; his brothers, Jim, Dennis, Jack, David; and sisters, Mary and Barbara. He is survived by his loving and devoted wife, Shirley; daughters, Kathy (Roger), Judy, Debbie (Sue) and Sherrie (Michael); son, Michael (Cheryl) and stepsons, Ricky and Randy; his granddaughter, LeAnn (Tom), and great-grandson, Samuel. He is also survived by Shirley’s grandchildren and great-grandchildren who knew him and loved him as Pops for most of their lives, Krista (Daniel), Wes (Michaela), Thad, Spencer (Ashley), and two great-grandsons, Jaxton and Kayson.  He is further survived by nieces, nephews and many extended family members.

Jerry wanted to be remembered as a farmboy from Carleton, MI who had many, many accomplishments but never lost sight of his roots.

A Funeral Service with Military Honors will be held at 2 PM Thursday, November 17, 2022 at Bethel Wesleyan Church with Pastors Tim Clark and Michael Childers officiating.  Burial will follow in the church cemetery.  The family will receive friends one hour prior to the service at the church.