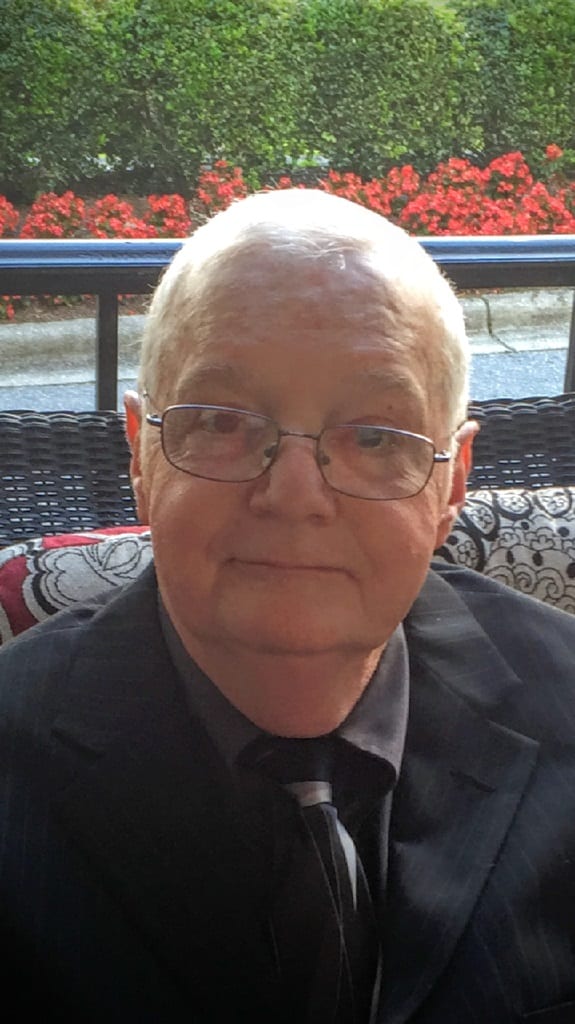 James “Red” Sitton, 72 of Mills River passed away unexpectedly at Pardee Hospital on Saturday, December 24, 2016. He was the son of the late Harry and Evelyn Sitton. He was also preceded in death by his brother, Perry Sitton and granddaughter, Kellie Sitton.

Red was a 10-year Air Force Veteran followed by a 30-year career in Electronic Maintenance at Dupont, AGFA and Greenleaf. He was a member of the Henderson County Gem & Mineral Club for many years and enjoyed rock hunting and collecting. He was also a founding member of the American Chestnut Society and supported efforts to return chestnut trees to NC. He was an avid hiker and was never happier than when he was outdoors with his dog, Maggie at his side.

A memorial service will be held 2:00 PM Monday, January 2, in the main sanctuary of Immaculate Conception Church. The family will receive guests in the St. Francis Hall of the church following the service.

In lieu of flowers, memorials may be made to the American Chestnut Society at acf.donorshops.com/products/donatetoacf.php.