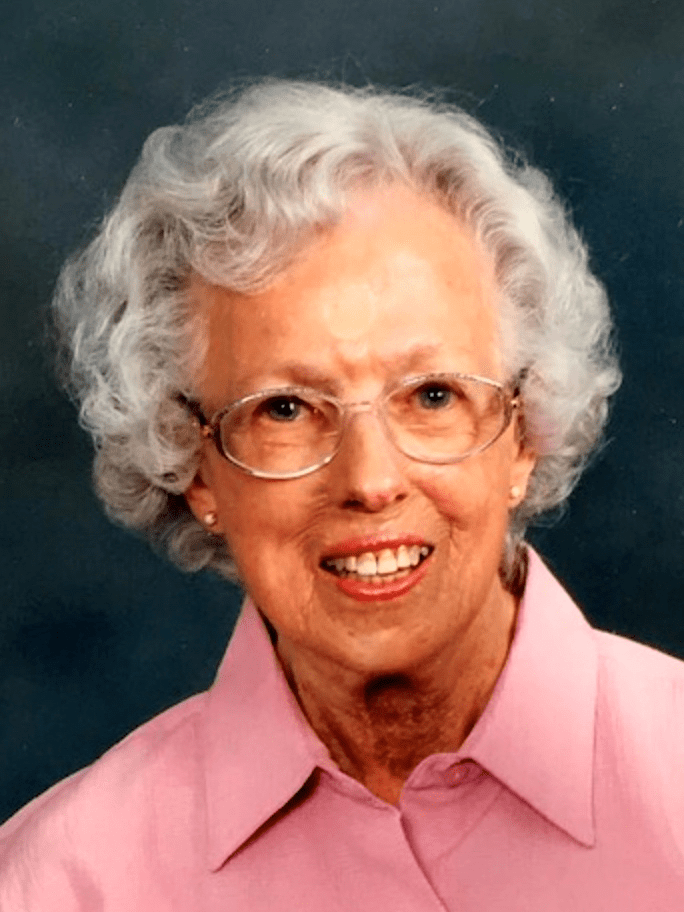 Jane Best Anderson passed peacefully into the arms of our Lord on November 3, 2018, at Carolina Village in Hendersonville, North Carolina, where she had been a resident with her husband, Ken Anderson, since November 1999. She had a rich and full life of 99 years.

She was known as a sweet, loving, considerate person, who generously gave of her time and talents to friends and community. She and Ken were so loved they were “adopted” as secondary parents by dozens of friends.

Jane was born in Pittsburg, Pennsylvania, on July 1, 1919 to George and Helen Best. During the Depression, the family moved through many Appalachian towns until her father found employment as a mechanical engineer in Charleston, WV. She graduated from Charleston High School as the salutatorian, and earned a B.S. in Business Administration from Morris Harvey College, now the University of Charleston.

Jane Anderson was an organizer extraordinaire! She could plan any project for the church, community and civic organizations she worked within, outlining in detail the tasks to be carried out to reach the desired goals efficiently. She also inherited a love of accounting from her great aunt, who directed a major bank’s bookkeeping department. Jane applied these talents as the Administrative Assistant and Treasurer for the Presbytery of WV. During her twenty years of service, she greatly expanded their mission, and created new programs and services for the Presbytery. After “retirement” she was implored to help reorganize yet another church institution, until moving to Carolina Village.

In Charleston, Jane served as an elder at First Presbyterian Church, secretary of the Weberwood Community Corporation in which she lived, and a fire truck driver for the volunteer fire department. She also helped run many community organizations in both Charleston and Hendersonville, including Civitans and clubs for gardeners, birdwatchers, and quilters.

Jane was creative all her life, constantly expressing herself with drawings, paintings, stitchery, needlepoint, quilts, and clothing for her family and friends. At Carolina Village, she was head of the Arts and Crafts Committee, organized Art Fairs and Sales, and created various healthy living programs, including hallway walking, line dancing, and health fairs.

Jane is survived by her daughter Carol Anderson Rothenberg of Altamont, New York; son Richard Anderson of Nevada City, California; and grandson, Leon Rothenberg and wife Jenny Slattery of Los Angeles, California. She was preceded in death by her husband, Ken; her parents; her great aunt, Leah Hugus; and a brother, William George Best.