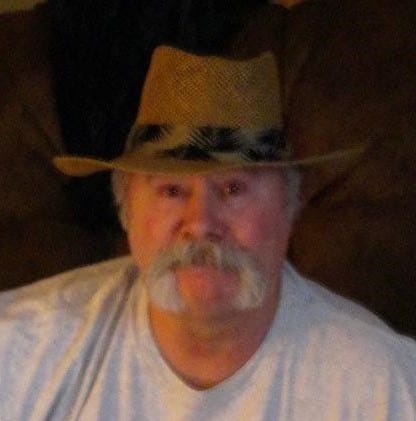 John Kenneth “Ken” Augustine 68, passed away peacefully at home on February 13, 2016.  He is at peace now after bravely battling multiple illnesses for several years. He is now trying to catch the biggest bass ever in Heaven.

He was born in Wheeling WV then moved to Miami Florida when he was 7. Was a very talented baseball player at Southwest Miami High School, instead of playing major league ball he enlisted in the Air Force and went to Vietnam. When he left the Air Force he made his home in Shreveport, LA where he became a very successful tournament bass fisherman, winning many professional tournaments in the southern states. He moved to Hendersonville in 1987, where he met his last great love Valree. They married in 1988 and she was with him when he left this life to return to the care of his much loved grandparents Papap and Grandma Chriswell.

He loved being a mechanic – having built and maintained over 60 vehicles and boats during the past 27 years. Many of which he gave away to people in need or that had admired certain ones. He was always a Ford man – the Blue Oval appearing on almost everything he owned. His last job was working at Lowes in the installed sales department. He took medical retirement from there 6 years ago, but missed working every day.

He was a generous and good natured man, wonderful father, brother, son, and loving husband. He will be greatly missed by all that knew and loved him. He is survived by his mother Emma (Wheeling,WV), wife Valree, brother David, (Jeanine) (Charleston WV), son Micheal – his wife Leslie and three grandchildren – Emily, Ashley and Eric (The Paleontologist) Augustine (Wetumpka, AL)

Ken’s love of animals brought several cast off animals into our home, rescue was the only thing to do. Several of them are now walking with him in Heaven – Lydia, Louise, Rosie and BunieRose. His current cast of fur babies are already missing him. He asked that any monetary donations be made to the Henderson County Animal Shelter – where the staff there do fabulous work to find forever homes for all their charges. Please visit the facility and add your name to their list of supporters.

Ken’s family would like to thank Mike Murdock – Henderson County Veteran’s Representative for his help in guiding us through the VA Medical maze to obtain benefits for Ken. Ken was a classic case of an Agent Orange victim, ultimately dying because of the side effects of the exposure. Mr. Murdock is an amazing advocate for our veterans and we can not thank him enough.

There will be no local services. You may contact Valree at their home in Hendersonville.