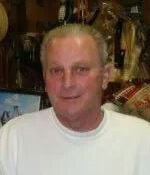 A native of New Jersey, he was the son of the late Martin & Mary Louise Rush. Jack is also preceded in death by his beloved wife, Virginia L. ìGingerî Steele-Rush; a brother, Danny; and a sister, Susie.

He was retired and was of the Methodist faith. Jack was a selfless and caring person always putting the needs of others first. He was looked up to and was a much respected individual. Jackís famous words were, ìIíve got things to doî.

A funeral service will be held at 8:00 PM on Friday, December 6, 2013 at the Kirby Chapel of Shuler Funeral Home. Interment will take place at Bloomsbury Cemetery in New Jersey. The family will receive friends from 5:00 to 8:00 PM on Friday at the funeral home.