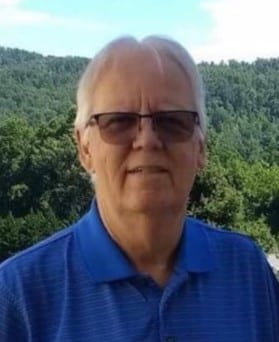 John Robert “Jack” Scholly, 64, passed away at his home in Edneyville, on Sunday, November 4, 2018. He was born in Johnstown, PA. Jack graduated from Bishop McCort High School. After graduation he moved to West Palm Beach, FL, where he went to work at Pratt & Whitney Aircraft. He developed a love for scuba diving and went on to become a PADI scuba instructor. Jack also got his captain’s license so he could take scuba divers on dive trips. He spent a year and a half in the Cayman Islands working and managing a dive shop. In 1983, he was hired as a yacht captain for a private family and worked with them for sixteen years. Jack worked for Home Depot until August 2018, where he developed many wonderful friendships.
Jack was preceded in death by his parents, Edward and Thelma Scholly.
Survivors include his loving wife of thirty-seven years, Barbara Shelburne; a sister, Kathleen Lenise (Tom) of Spartanburg, SC; four brothers, Edward Scholly of Carlisle, PA, Joseph Scholly (Esther) of Columbia, PA, Don Scholly (Trish) of Johnstown, PA, and Jim Scholly (Doreen) of East Leroy, MI; many nieces and nephews and great nieces and nephews.
A private Celebration of Life service is planned for a later date.