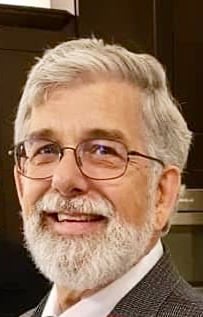 Lovingly known as Bob, he was born in Sudbury, Ontario, Canada to the late Christian and Katherine (née Bouillon) Lemieux; Bob is also reunited in Heaven with his late sisters Colette, Lucille, Nicole, and Francoise Lemieux, brother-in-law Roland Demers; and sister-in-law Luce Lemieux.

After retiring as a Detective Inspector (Badge #5188), he moved to the United States and made Hendersonville, North Carolina, his forever home. Bob continued the selfless act of serving others by acting as the Auxiliary Office Clerk (2015-2020) and finally in the Hendersonville County Sheriffs Dept. Volunteers in Partnership program until his passing.

In his free time, Bob enjoyed rebuilding old Victrola talking machine phonographs, singing karaoke, and serving the Henderson County Sheriff’s Department VIP unit. He was living his dream by building a mountain cabin in Bryson City, North Carolina. He loved his family, and friends and helping others. Bob was a member of the Biltmore Church.

Bob will be dearly missed by all.

In lieu of flowers, the family kindly encourages memorial donations to be made in Bob’s name to the Heart and Stroke Foundation of Canada, or by check to the Henderson County Sheriff Department’s Volunteer in Partnership program, 100 N Grove St, Hendersonville, North Carolina, 28792. For over 20 years the Volunteer in Partnership Program has provided personnel to provide a variety of duties within the local community as a supplemental organization to the Henderson County’s Sheriff’s office.

A Celebration of Bob’s life will be held at 2 pm on Thursday, January 26th, 2023, in the chapel of Forest Lawn Funeral Home, 538 Tracy Grove Road, Hendersonville, North Carolina. A livestream of the service will be available online at shulerfuneralhome.com and forestlawnhendersonville.com.