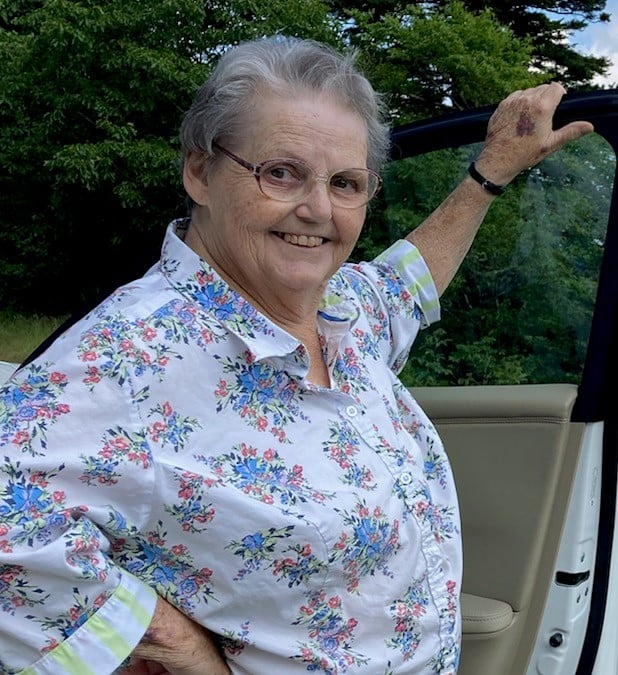 A native of Henderson County, she was the daughter of the late Grace Edney Tabor and Clarence “Toby” Tabor.  Judith is also preceded in death a brother, Kevin Lloyd Tabor, and her grandparents, Gertie and Charlie Tabor, and Charlie and Lucy Jackson Edney.

She earned a bachelor’s degree from High Point University in Marketing.  Judith had prior residences in Union City, SC, Richmond, VA, and Hendersonville, NC.  She was of the Baptist Faith.  Judith enjoyed painting, drawing, quilting, cross- stitch, stained glass, and cooking.

She is survived by her loving husband of 47 years, Willard Stephen Huntley; a daughter, Kristan Alisa Huntley of Memphis, TN; a son, Stephen Adam Huntley of Charlotte, NC; a sister, Janet Tabor Carter and her husband Sam of Sanford, NC; a sister-in-law, Margaret O’Brien of Chicago, IL; a niece, Amanda Carter; an aunt, Jean “Bug” Wright; a beloved dog, Pugsley; and numerous cousins and other relatives.

A funeral service will be held at 3:00 PM on Sunday, January 9, 2022, at Bat Cave Baptist Church.  Burial will follow in the church cemetery.  The family will receive friends one hour prior to the service at the church.

In lieu of flowers, the family request donations to be made to a local animal shelter of the donor’s choice.