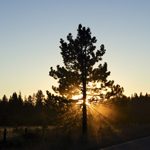 Kenneth Clyde Justus, 79 of Hendersonville, died Sunday, July 3, 2016 at Park Ridge Hospital. A native and lifelong resident of Henderson Co., he was preceded in death by his parents Dennis and Elizabeth Justus and his brother Dennis Justus.

No services are planned.