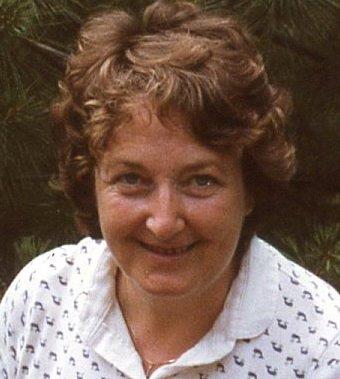 A native of Denmark, where she received her training as a brain pathology technician, she came to the US in 1955 to work at Harvard Medical School in Boston where she met Peter.  They married in 1957, lived in Zurich Switzerland for four years, and then moved to St Louis MO where her children were born.  Before moving to Flat Rock, NC ten years ago, the family lived for thirty years in Sewickley, PA where their sons grew up. She enjoyed the outdoors and gardening.  Lizzi’s home was always filled with flowers.  She and Peter traveled extensively in the US and abroad.

The family would like to express their gratitude to the dedicated and caring staff of Four Seasons Hospice.

Friends and family are invited to a celebration of her life to be held on Saturday, April 9, from 3-5 PM, at Kenmure Country Club, Flat Rock, NC.

Charitable donations in her memory can be made to Four Seasons Hospice or Carolina Mountain Land Conservancy.

Remembrances and condolences can be left at shulerfuneralhome.com.