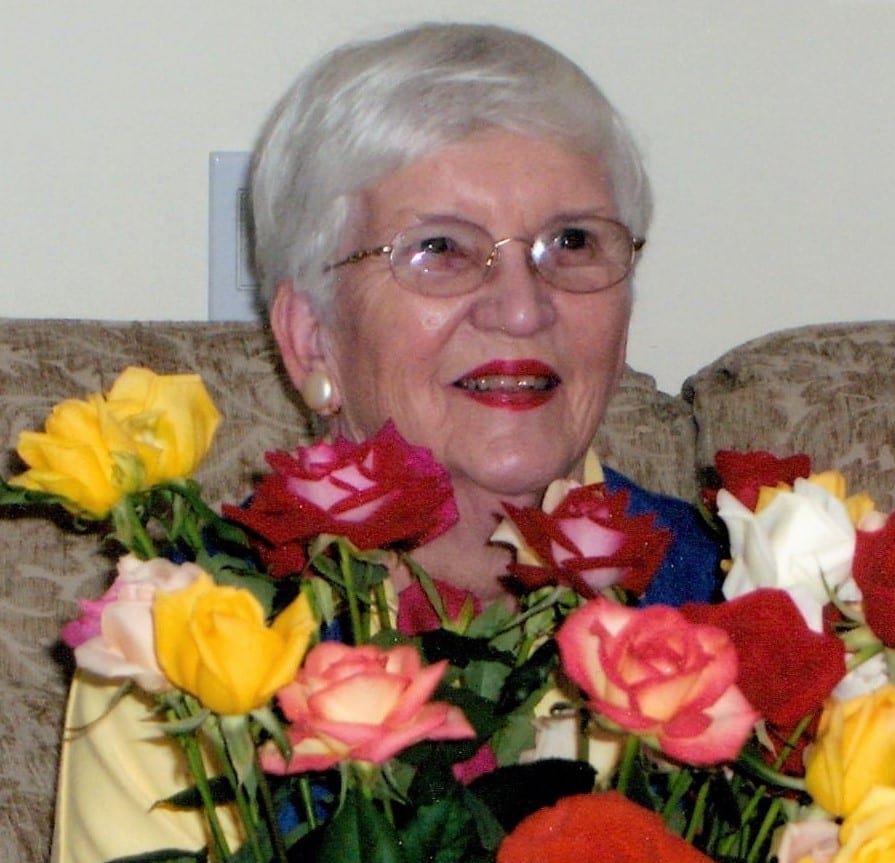 Maree Wick of Hendersonville passed away on Saturday, February 4, 2017, just after turning 93 on January 22.  She was born in Appleton, WI to the late Harry and Ethel Waterhouse Sylvester.

Maree grew up in Appleton, Wisconsin enjoying sports, swimming and fishing during the summers which she spent at her parent’s cottage on Berry Lake.  She graduated from Appleton High School in 1942.  Later that year, she and her mother vacationed in Duluth, MN where she met her future husband, Robert Wick.  She then attended Lawrence University and became a member of Delta Gamma Sorority.  On October 3, 1944, she married Bob in the chapel of All Saint’s Episcopal Church in Appleton.  While in DC (Bob was in the Navy), Maree was employed by Liberty Mutual Insurance Company and also later worked for the American Red Cross.  Bob was discharged from the Navy in 1946 and they moved to Appleton.  That summer Maree gave birth to their first son, Richard.

In 1947, Bob and Maree returned to the University of Minnesota and upon graduation, Bob accepted a position with the Kimberly-Clark Corporation and the family moved back to Wisconsin.  While living in Neenah, WI, Maree had her second child, Sally.  In 1951, the family then moved to Memphis, TN. where they had two sons, Jeffrey and Peter.

In 1968, after many successful years with KC in Neenah Wisconsin, Bob and Maree moved to Flat Rock NC as Bob became mill manager at Berkley Mills. In 1984, Bob was once again promoted and they moved to Lexington, NC.  In 1986, Maree and Bob retired and returned to Hendersonville and lived on the top of the hill in Hunter’s Crossing.  In 1992, they moved to Carolina Village.

Maree was always involved in volunteer work.  In Memphis, she worked with the Delta Gamma Sight Saver’s Program.  In Neenah, she was a Pink Lady at Theda Clark Memorial Hospital and was in the Big Sister’s program.  In Hendersonville, she served on the Pardee Hospital Auxiliary and Meals on Wheels.  She was a member of Wanteska Women’s Club, the Land of Sky Garden Club and the Forrest Women’s Club.  She was blessed with a beautiful voice and sang in church choirs where she lived. She was an avid golfer and won the nine-hole championship at the Hendersonville Country Club in 1987.  She enjoyed playing bridge and with Bob, was a member of several dance clubs. Maree was a loving mother and was always at her husband side.