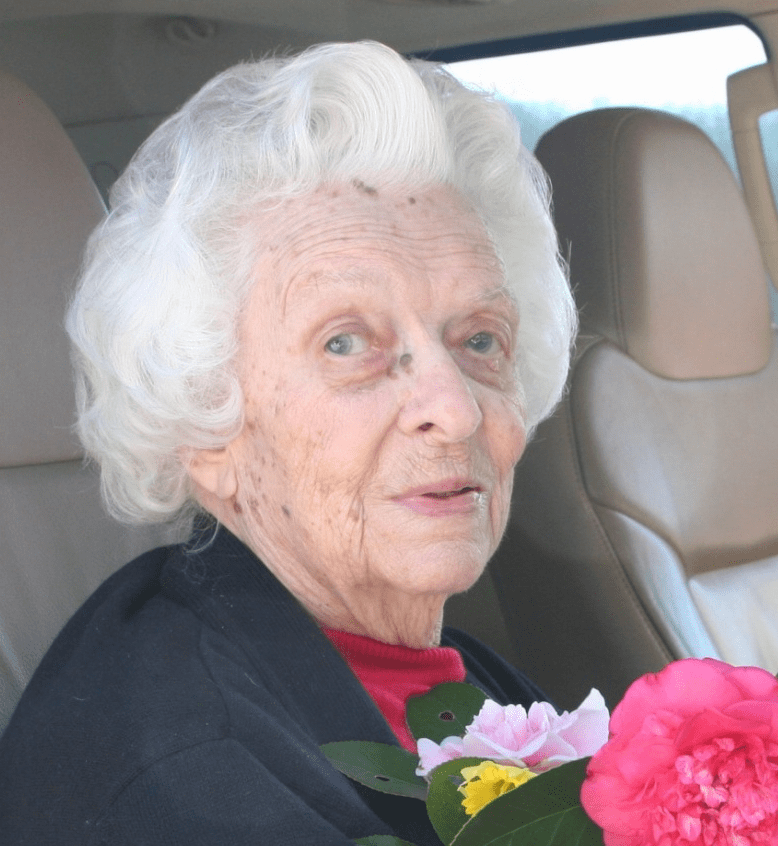 Margaret Bagwell Henry, 97, of Hendersonville, went to be with her Lord Saturday, April 16, at the home of her daughter and son in-law. Born in Buncombe County, she was a daughter of the late Andrew and Flora Cunningham Bagwell and wife of the late Thomas M. Henry who died in 1959. The last of 11 children, she was preceded in death by 7 sisters, Oda Drake, Alma Bell, Victor Lockaby, Irene Whitaker, Mary Moore, Kathleen Osborne and Margaret Henry; 2 brothers, Preston Bagwell and A.B. Bagwell and a half sister, Linnie Stroupe. A 1933 graduate of Mills River High School, she then graduated from Asheville Normal Cosmetology School. She worked and lived in Lake City, SC from 1934 until she returned to Hendersonville in 1973. She was a member of Mills River United Methodist Church. An avid gardener, her green thumb could make any plant flourish. She also was an accomplished angler, and had the uncanny ability to catch fish when no one else could get a bite. A caregiver by nature, her life centered around her family. She is survived by her daughter, Tamra Crane and her son in-law Bill, whom she loved like her own son; three grandsons, Brett, Bryan and Will Crane; several nieces and nephews and many dear friends.

A funeral will be held 2:00 PM Tuesday, April 19, in the Chapel of Mills River United Methodist Church. Rev. Paul B. Thompson will officiate. Burial will follow in the church cemetery. The family will receive friends from 12:30 until 2:00 at the church. At other times the family will be at the home of Tamra and Bill Crane, with whom Mrs. Henry had spent the last 12 years of her life. Memorial contributions may be made to Mills River United Methodist Church, 137 Old Turnpike Rd. Mills River, NC 28759 or to