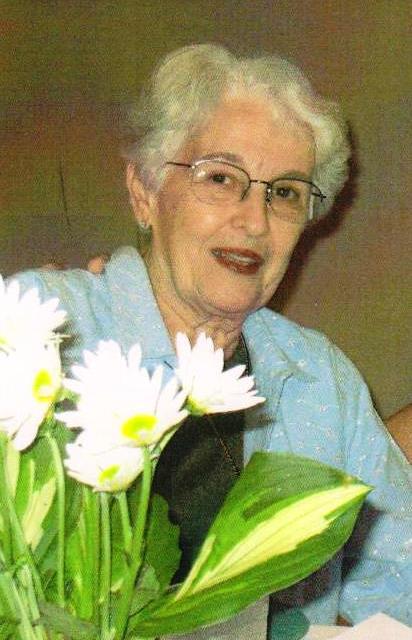 Martha Ann Bracken Campbell of Horse Shoe went to meet her Lord on Thursday, September 19, 2013. Her legacy is that of a strong Christian with unending faith, an inseparable partner of her husband, Ken, for 54 years, a most loving mother and grandmother, and a trusted friend to hundreds.

Martha Ann was a dedicated US Army wife for 30 years, serving with Ken in Puerto Rico, Panama, Washington, DC, Arizona, Hawaii, Georgia and other states. In addition to her many leadership roles, she served for two years as president of the Signal Officers Wives Club of Washington, DC.

A dedicated volunteer in every assignment, Martha Ann made an indelible positive mark on all the soldiers, wives and children with whom she had contact. For her extraordinary community service in Hawaii, Martha Ann was awarded by Lt. Gen. Bagnal, the Commanding General of the US Army Western Command, the Commanderís Award for Public Service. This award is one of only three Department of Defense awards for private citizens. A portion of the award citation cited Martha Ann for ìdonating countless hours of selfless support and service for the welfare of the community and especially the young soldiers and their families.î

Martha Ann was a faithful member of the Etowah United Methodist Church where she served in a number of leadership positions and in the choir. She was a leader in a weekly craft group which generated thousands of dollars annually from product sales for a variety of mission projects.

She was a full partner with Ken in their hand-crafted arts and crafts business which was successful from the very start in 1990. They participated in shows throughout the southeast and further afield. Martha Ann was an expert seamstress whose abilities produced hundreds of creative pieces for herself, the grandchildren, and the business. These activities provided hours of joy for her throughout her entire life.

Martha Ann is survived by her husband, Ken Campbell; son, Scott Campbell and his wife, April, of Easley, SC; three grandchildren, Brianna, Nicholas, and Katherine; two brothers, Roger Bracken of Easley, SC, and Fred Bracken of Powdersville, SC; and a number of nieces and nephews.

A memorial service will be held at 2:30 pm Sunday, September 22, 2013 at Etowah United Methodist Church with the Reverend Dr. Rick Auten officiating.