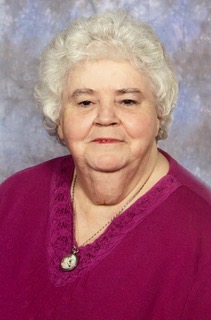 A fierce defender of her family, a champion for children and those in need, and a devout Christian soul, Martha Lynn Corn, 77, of Mountain Home, North Carolina passed from her beloved mountains to her heavenly reward on January 17th, 2022 surrounded by her devoted and loving family.  For nearly 80 years, she was the rock and foundation for her family and community.

Born in Hendersonville, North Carolina on June 7th, 1944, she was the daughter of the late Reverend Connie D. and Grace Hyder Cannon.  Martha met Ray Corn when they were both children, later married, and then shared 57 years together as husband and wife. Their love bore three children, five grandchildren, and three great-grandchildren.

Martha lived her whole life in Henderson County, graduated from West Henderson High School, and later studied Early Childhood Development at Asheville-Buncombe Technical College.  For 55 years, she cared for more than 100 children, many of whom called her their beloved

She is also survived by her steadfast Christian friends Ann Hill, Pam Miller, Hazel Shepherd, and