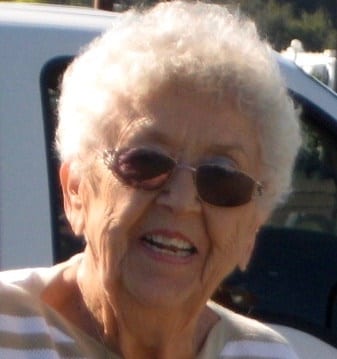 Persis Monfort Carpentier, 93, of Hendersonville passed away Sunday, January 17, 2016.
She was a native of Bloomington, IL and a resident of Chicago, IL, Dunnellon, FL and Mesa, AZ. She was the daughter of the late Ernest and Pauline Monfort and was also preceded in death by her husband of 62 years, George O. Carpentier, WW II veteran who died in 2010; and brothers, Ernest and Tony Monfort.
Persis was employed by Love’s Restaurant until she retired in 1992. She was the founder, past president and member of TOPS (Take Off Pounds Sensibly) for 32 years. She was also a member of the American Legion Auxiliary for 32 years, the Rainbow Lakes Volunteer Fire Department and the Roaming Elks Club.
She lived up to the name “Perky,” as she made friends with everyone she met and made it a point to laugh with and love those around her.
She is survived by her nephews, Scott Monfort and his wife, Betsy, and Charles A. Monfort; and niece, Allison Brooke Monfort.
A memorial service will be held at a later date in Dunnellon, Fl.