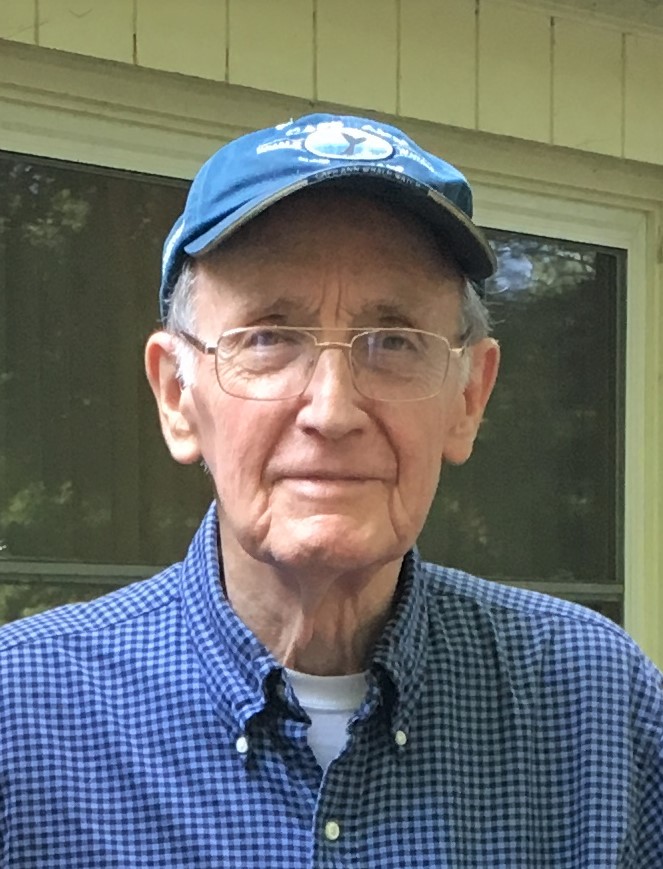 Richard Allan Watterworth, age 92, passed peacefully in his home in Hendersonville, NC on August 5, 2022.  He was born to Josephine Geneva Hynds of Martin, TN, and Arthur Sinclair Watterworth of Ingersoll, Canada, on October 13, 1929, in Chicago, IL.

With an always friendly, humorous disposition, Allan excelled as a loving, gentle, devoted husband, father, son, and brother to his family and an admired, respected, and welcome friend to all those honored to know him.

Raised primarily by his mother during the depression, he began working at 10 years of age delivering newspapers.  Later, he worked for the Illinois Central Railroad loading mail after school and on weekends, once leaving his math book stashed up high on a rail car, only to find it, weeks later exactly where he’d left it when the train returned to the station.  He also worked on the assembly line, installing dashboards while on his back in trucks at the Ford Motor Plant in Chicago.  One of his favorite memories from his youth was being in the Sea Scouts, where he made many friends while learning life skills off the shores of Lake Michigan.

After leaving early from Hyde Park High School, he enlisted in the Army in 1946, received basic training in Camp Lee Virginia and served on Guam until his honorary discharge in 1948 at the age of 19.  He also received his GED while in the Army.  He went on to graduate from the University of Illinois, Urbana, majoring in business and marketing.  With determination and a strong work ethic, he supported himself, his mother and his younger sister, Julie, making sure Julie finished college after her father passed away.

While working as a salesman for Uarco, he met Mary Louise York at Kaiser Aluminum in 1955.  Their first date was to the Chicago Symphony. They were married in 1957 and bought their first home in South Shore.  During this time, Allan served as a “Big Brother” for the Cook County Public Aid Department where he and Louise took one of the disadvantaged children into their home.  That and other charitable efforts resulted in Allan being honored as “Big Brother of the Year.”

In 1967 with two young children, they moved to Park Forest, IL where they lived until 2001.  While in Park Forest, Allan served as Executive Director for 23 years of the Alsip, IL Sertoma Job Training Center.  His selfless, life-long devotion and commitment in helping and supporting people with disabilities resulted in placing hundreds of Sertoma clients in satisfying, self-sustaining jobs and careers offering hope, dignity, and self-worth. He was directly responsible for improving thousands of lives.  Shortly after retiring in 1994, he and Louise moved to their favorite part of the country, the Blue Ridge Mountains of North Carolina.

During his many productive years, Allan possessed a deep realm of imagination, originality and creativity, as evidenced in the prolific output of his many hobbies, including stained glass, woodworking, pottery and cartoons.

A satisfying, rewarding aspect of using his God-given talents and training as a Sea Scout resulted in the many enjoyable hours Allan spent with other volunteers helping restore the T/V Manatra, The Marine Navigation and Training Association, Inc.’s flagship training vessel. A former 110-foot Navy submarine chaser that was in deep disrepair and once used by the U.S. Navy to train midshipmen, the fully restored and functioning Manatra’s primary function today is the support of the Naval Sea Cadet Corps.

He was a warm and caring Sunday School teacher who delighted in spending time with children, teaching bible lessons in his local church.  For at least one group, he even made stained glass birds as a gift for each of them.

He is survived by his wife of 65 years Mary Louise Watterworth, daughter Carolyn (Douglas), son Stephen of Ashburn, VA, and his sister Julie Mather Gordon (Marshall) of Hendersonville, NC, grandchildren Daniel, Benjamin and Carly Weaver.  He was predeceased by his cousin Mary-Jane Tanner of Vineland, Ontario, Canada, and many dear friends.

In lieu of flowers, please send contributions to the Mountain Home Fire and Rescue Department, Inc.