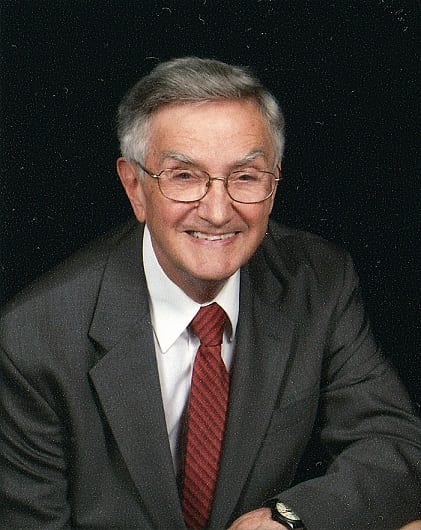 Robert A. Betts, Jr., 86, of Hendersonville died on Sunday, December 9, 2018 at the Elizabeth House. He was preceded in death by his father, Robert A. Betts, Sr. and his mother, Kathryne Brown Betts.

Bob was an Alabama boy by birth as he was born in the front room of the house his parents owned on Byrd Street in Opelika. He was an eagle scout and in ROTC both in high school and college. He and his mother traveled across the country during WWII following the duty stations where his father was assigned. During those years he attended many different schools. Bob and his mother returned to Opelika where he graduated from Opelika High School in 1950.

He came to Hendersonville in 1959 where he worked at Ruth Originals. In 1964, he left Ruth’s and went to Olin Mathieson as a Systems Analyst in the Film Division. He later transferred to the paper division and worked in data processing eventually becoming manager of that department. Bob retired from Olin and P.H. Glatfelter in 1992.

Bob was a Cub Scoutmaster, a Kiwanian, and became an active member of the First United Methodist Church. He devoted his time to many committees, attend the Roy Johnson Sunday School Class, served as Lay Leader and Usher Chairman. He was also a member of the Methodist Church choir. Bob had a lovely singing voice. During the 1960’s, he participated in several musical productions in the community including the lead in “Oklahoma” and a major role in “Anything Goes.” Bob loved hiking the many trails in Pisgah National Forest. One of his favorite hikes was to Mt. LeConte in Tennessee. He was a loyal Auburn football fan….War Eagle!!

His family was his life and he married Alice Betts, a Hendersonville native, whom he met in the church choir. They were married for 55 years, residing in the same house they bought when they married with a few modifications and additions. Bob has two children, a daughter Lori Cavanaugh and her husband, Dean; a son, Christopher and his wife, Nancy; two grandchildren, Emma and Johnathan Cavanaugh; one Great-granddaughter, Corren Stevenson, all of whom survive him. After his retirement, he and Alice enjoyed traveling the world and visited many places, including the seven continents.

His ashes will be placed in a niche at the church’s memorial Garden. A memorial service will be held in early 2019. Memorial donations may be made in Bob’s honor to the Elizabeth House 581 South Allen Rd. Flat Rock, NC 28731.