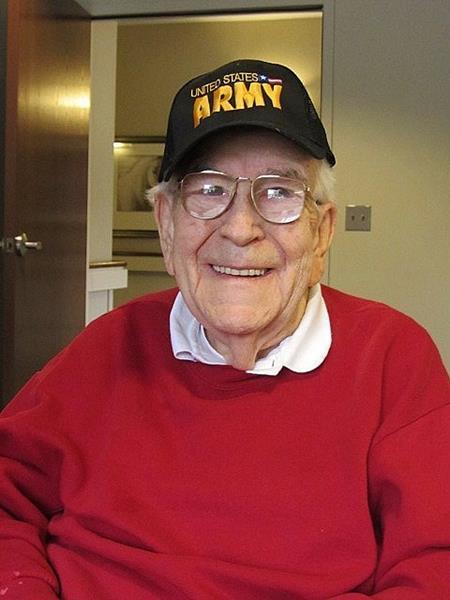 Born in Ohio, he was a longtime resident of Crest Hill, Illinois, prior to retiring to Hendersonville in 1985. He was a resident of NCSVNH since April 2013. A US Army veteran of WWII, Battle of the Bulge veteran, he worked in Inventory Control and Systems Management at various businesses and the Arsenal, before retiring from Alexander Lumber Co, in Illinois.

He was preceded in death by his loving wife, Phyllis Louise (Johnson) Cissne in June 2013, his parents, Otto Robert Cissne, and Ruby Pearl Cissne; brother, John Cissne, from California; and sister, Carol Heintz Sampson from Illinois.

Bob was known for his love of games, especially; card, board, and his favorite dice games.

A Memorial service will be held at 10:30 am on Tuesday, January 13, 2015 at the Kirby Chapel of Shuler Funeral Home with Pastor Jerry Warren officiating. Burial will follow at the Western Carolina State Veterans Cemetery in Black Mountain at Noon. The family will receive friends for 30 minutes prior to the service at the funeral home.

In lieu of flowers, donations may be made to :