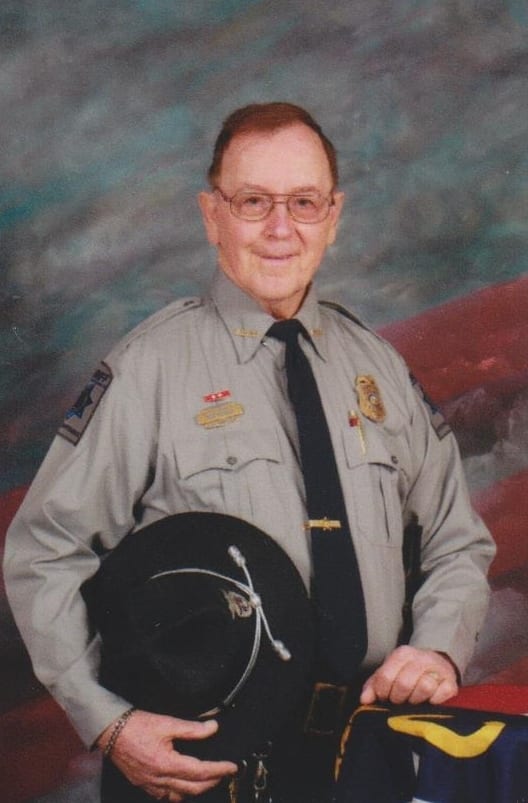 Robert C. Noble, 84, of Hendersonville, passed away on Friday, February 20, 2015 at the Elizabeth House. Born in Glastonbury, CT he was a son of the late Helen E. Pfau Noble and the late Alfred G. Noble. He was also preceded in death by his son, Gregory J. Noble.

Mr. Noble was a US Navy Air veteran serving during the Korean War and a member of Mills River United Methodist Church. He was employed with Farmington and then Glastonbury police departments from 1968-1982. He retired from Travelers Insurance in 1988 after 38 years as a printing consultant. After moving to NC in 1990 he was the founder and director of the Henderson County Sheriff Department VIPís for 21 years before retiring in 2012. He was a recipient of The Volunteer of the Year Award in 1999 and The Morris Kaplan 2011 Caring and Sharing Law Enforcement Award. Bob was a member of the American Legion, Columbia Lodge #25 AF&AM Masonic Lodge in South Glastonbury, CT, lifetime member of DAV, and active with Senior Friendships and the Southern Lights Square Dance Club.

A memorial service will be held 10 AM on Wednesday, March 11, 2015 at Mills River United Methodist Church with inurnment to follow in the church cemetery. A luncheon will follow in the fellowship hall.