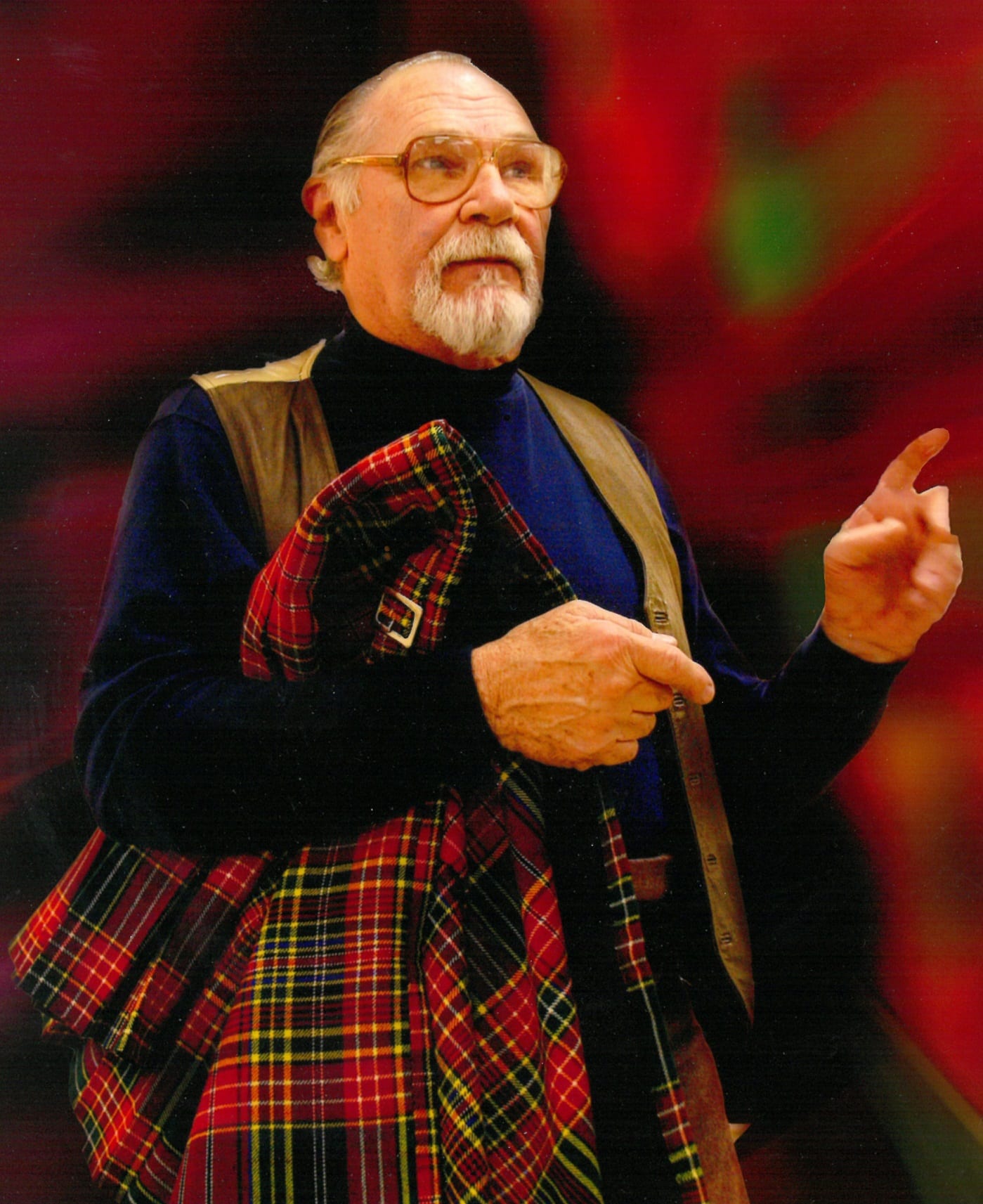 Born in Brooklyn, NY in 1932, Bob began painting at an early age, eventually attending Pratt Institute for a semester after high school. He left Pratt to accept a job inking the ‘Red Rider’ comic book.

He entered the United States Army in 1952, during the Korean War, as an illustrator for the 6th Army training aides at Fort Ord, California and at the headquarters of the Army Language School, Monterey, California. Bob was honorably discharged from the Army in 1954 with the rank of Sergeant, E-5. He then worked as an apprentice for an architectural illustration firm for six months in Los Angeles, leaving to freelance in architectural rendering, a skill he continued to practice until a few years ago.

His public work, still extant, includes a fresco secco mural for the Church of Religious Science, Las Vegas. He illustrated the book ‘The Voice Celestial’ by Dr. Ernest Holmes, Dodd-Mead, publisher, in 1960.

Bob worked as an illustrator for Bob Jones University for 10 years (1974-1984), continuing freelance work as an architectural delineator as well.

After teaching himself the art of kiltmaking as a hobby, Bob became so accomplished that he began crafting Scottish kilts commercially in 1976. This led to his desire to know all he could about the history of the kilt and tartan. He began his research in 1982, both here, in Scotland, and at the British royal residence at Windsor castle. He authored a column “The Kiltmaker”s Corner” and the book “All About Your Kilt”. Bob was elected a fellow of the Scottish Tartan Society in 1983, and to the Guild of Tartan Scholars in 1993, being the only non-Brit to receive these Honors. After passing his craft to three gifted apprentices, he retired from kiltmaking in 1998. He continued to work as a consulting historian of the kilt and tartan until a year ago.

He will always be remembered by those who knew and loved him as a Loving Husband and Father, Master Artist and Kiltmaker, a Renaissance Man for all Seasons, as well as compassionate and giving to all he met.

A celebration of his life and the love that we all have for him for the ways in which he touched each and every one of our lives will be held in February 2018.