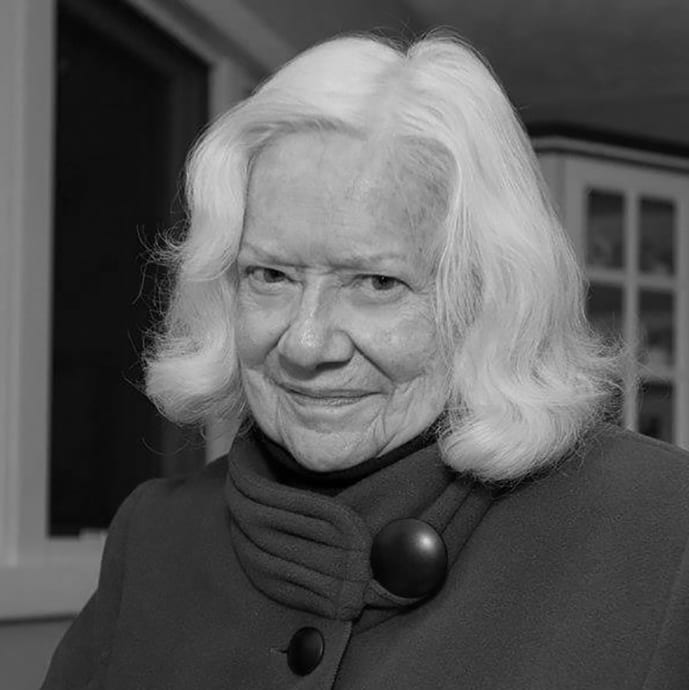 Rose Marie Gladieux, 88, of Hendersonville, a longtime local resident and quiet champion of animal rights and nature, died at her home on April 11, 2015. Funeral arrangements are private.

She was born Rose Marie Shattuck in Fort Wayne, Indiana on April 7, 1927 to the late Marie Grotehouse and Leonard Shattuck. At the age of fourteen she met her future husband, Donald Gladieux, after a long bike ride with a friend. The friend didnít feel up to biking all the way home, so Don offered to ride the friendís bike back into town beside Rose Marie.

Her family moved to Houghton Lake, Michigan when she was still in high school, but she and Don had already decided to get married as soon as World War II ended. She was the valedictorian of her high school class in Michigan and was offered a college scholarship but decided she should go to work as a bookkeeper instead and save some money while Don was in service.

Don earned a Purple Heart as an Army paratrooper in the Pacific during World War II. After the war, Rose Marie and Don married and moved to Bloomington, Indiana, where she worked while he attended college on the G.I. Bill. He completed his undergraduate degree and MBA and joined Kimberly-Clark as a personnel manager.

Rose Marie and Don had three daughters that they raised in four states, as Kimberly-Clark assigned Don to plants in Wisconsin and New York, then Wisconsin again, Tennessee, and finally Hendersonville, North Carolina. Rose Marieís motto through all the moves was ìAlways leave a place better than you found it.î

After Don retired from Kimberly-Clark as manager of Berkeley Mills, he and Rose Marie founded Investment Planners International in partnership with Howard Smith. Other ventures included buying and rehabilitating the former Belk Simpson building on Main Street, where they hired a Russian mosaicist displaced by the Chernobyl nuclear accident to renovate the facade. Rose Marie and Don also purchased and managed the General Travel Agency, building new offices at 117 West Barnwell Street.

Rose Marie believed in the conservation of natureís beauty and resources, and put property into a conservation easement through the Carolina Mountain Land Conservancy.

She was a beloved wife, mother, and grandmother. She was predeceased by Don, her husband of 62 years, in 2009. She was also predeceased by her brothers, Robert Shattuck and Paul Shattuck. She is survived by her daughter Deni and Deniís husband, Will McIntyre, of Hendersonville; daughter Lynn and her husband, Steve Hamilton, of The Woodlands, Texas; and daughter Cheryl and her husband, Ron Allari, of Alexandria, Kentucky. She is survived by three grandchildren: Jennifer Powell, Emily Powell, and Shannon Rose Powell.