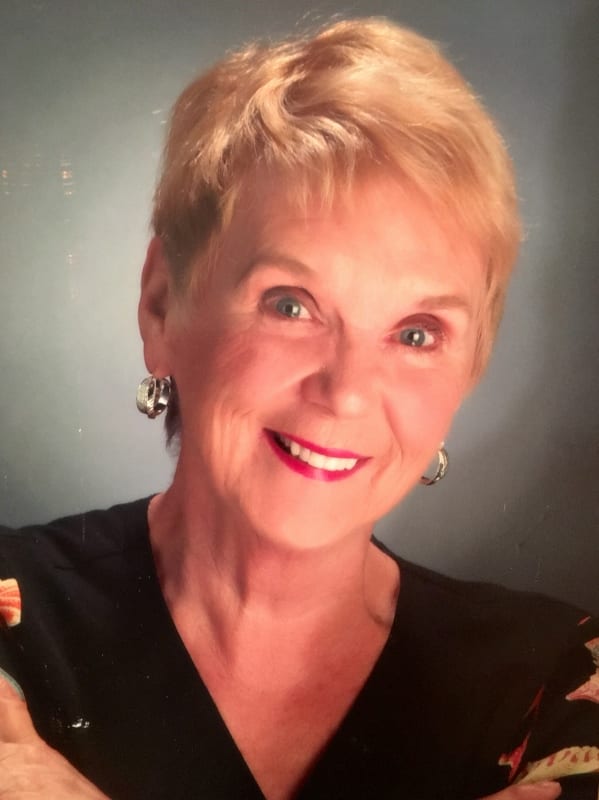 Rosemary (Rosie) Geary O’Brien played her last act on January 20, 2016 — living 16 great years after being diagnosed with kidney cancer.
She was born July 30, 1937 in Sarnia, Ontario, Canada, grew up in Point Edward, Ontario, and met her husband, David O’Brien, during a summer working and singing on Cape Cod. They were married nearly 30 years until he died in 1990, and for 22 of those years she assisted David after he went blind. She had a beautiful singing voice and, as a young woman, she was offered a chance to sing and act on Broadway, but stayed true to her calling to help children and be a teacher – a music teacher.
Rosie started out teaching in a one-room school house in Canada and had a lengthy career teaching in Toledo, Ohio – first at Cathedral, then in Toledo Public Schools, mainly at Raymer and Harvard elementary schools. She contributed to her adopted community in Toledo in many ways, including being Choir Director at Regina Coli Catholic Church for more than 20 years.
The joy of Rosie’s life were her two sons, both adopted at birth, and her two precious grandchildren. She said that being a mother was the greatest role she had ever played. After retirement she contributed to the Toledo Rep Theatre as an actress in roles such as Mother Superior the Reverend Mother in Nunsense, as well as summers acting at Utah Musical Theatre and Capital Theatre in Olympia, WA.
Later she fell in love with Hendersonville and moved here in 1998. She led Hendersonville’s Little Theatre and the Hendersonville Chorale, as well as being the “Cruise Director” for her friends at the Oaks Condo Community. More recently, she has been responsible for much of the entertainment at her home of Carolina Village Retirement Community, including singing for solo concerts and organizing Readers’ Theatre. Rosie O’Brien had a special gift of making everyone feel like they were the most important person in her life. Her charm, love and enthusiasm will be missed by all.
Rosie is survived by her two sons, Kelly O’Brien of Douglassville, PA, and Timothy O’Brien of Maple Valley, WA; granddaughter, Shannon O’Brien, and grandson David O’Brien; daughters-in-law, Brenda O’Brien and Victoria O’Brien; and brother, Peter Geary of Newfoundland, Canada.
A memorial service is planned for 3:30pm Friday, January 22, 2016 at the Village Hall of Carolina Village. There will also be a memorial mass at 10:00am Wednesday January 27 at Our Lady of Angels Chapel of the Immaculate Conception Catholic Church in Hendersonville.
In lieu of flowers, donations may be made to Four Seasons Compassion for Life at www.tmcfunding.com.