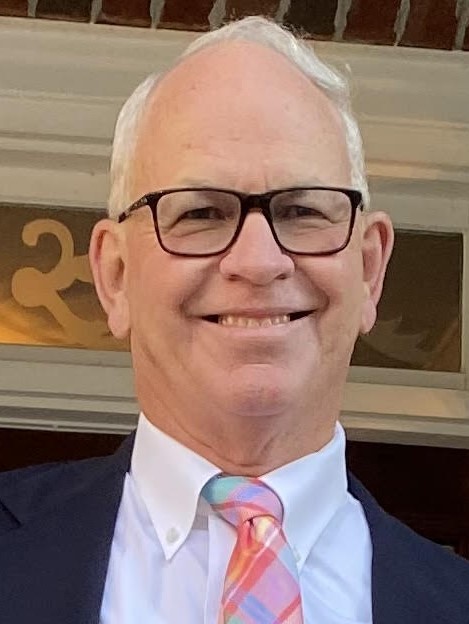 Sam was born on September 29, 1952 to Hayden and Hoppy Walker in Asheboro, NC. He had a wonderful childhood with his sister, Sally, and his parents that he was forever grateful for. After graduating from Meadowbrook High School in Richmond VA in 1970, Sam went on to study History at the University of Virginia during which time he met his partner for life, Anne.

After graduation, Sam landed his first job as a salesman for Valley Wheel in Roanoke, Va. In 1977 he and Anne wed and went on to have three children, Emily, Sam and Sara.

Sam’s career led him to Atlanta, Ga where he eventually grew to be the Owner/President of Heavy Duty Manufacturing. He took the upmost pride in his work and the people that worked with him. It was with much pleasure that he was able to transition his company to his son, Sam III, this year.

Sam was determined to provide for the Walker family and give them the love and experiences he felt they deserved. They meant more to him than anything else in the world. He was incredibly proud of all his kids and Anne and always tried his best to support them in all ways.

Other than his success in business and his family, Sam was very proud of his and Anne’s decision to purchase “The Farm” in Hendersonville, NC in 2011. The beautiful property was what he called his “greatest adventure” and his family is so thankful he had a place with so much peace & quiet – his favorite things.

Sam was also incredibly passionate about golf and could often be found on the course with his son and countless friends over the years.

Anyone who knew Sam knew that he was the most kind and compassionate father and husband a family could ask for. Sam was predeceased by his parents, Hoppy and Hayden Walker and his favorite dog, Tuck. Sam is survived by his wife, Anne, sister Sally (Doug), and daughters, Emily (Joey), Sara and his son, Sam (Kelli). He also leaves behind his four beloved grandchildren, Mary Hayden, Sam, Macon and Annie, as well as countless animals who find sanctuary on his treasured farm.

The family requests that any donations in Sam’s name be made to the Pediatric Brain Tumor Foundation (http://www.curethekids.org/donate/ ) an organization he truly believed in.

The family will hold a private ceremony at The Farm to honor Sam. A celebration of life will be held December 4, 2022 at the Country Club of Roswell in Roswell, Ga at 2pm.