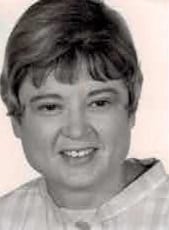 Sue Burghalter Brown, 84, wife of Charles A. Brown for nearly 62 years, crossed over on July 14, 2015. The daughter of Joel M. and Franchon P. Burghalter of Columbus, OH, she followed her Air Force husband through nine assignments, only missing a year when he was in Saudi Arabia in the mid-50s and Vietnam a decade later.

Sue met Charles while working in the theater at Miami University of Ohio and continued working in community theater for several years after their graduation. During their Air Force time, Sue volunteered and managed several base thrift shops. An avid quilter, she enjoyed her association with the Tarheel Quilters, serving one year as president of the group.

At Sueís request, no services are planned.