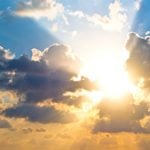 The Reverend Dr. Thomas Dunklin Parker passed away quietly in Hendersonville NC on 13 September 2017 after a brief illness. Born in Hollywood, California on December 22, 1931, he lived his life in service to the church universal and his Lord Jesus Christ.

After obtaining a Masters of Divinity from the San Francisco Theological Seminary in 1957, Rev. Dr. Parker entered parish ministry, first in northern Oregon at the Orenco Presbyterian Church in Hillsboro, Oregon, and later at the Audubon Presbyterian and Millstone Presbyterian Churches in New Jersey. During this time, he and his wife Geraldine Jeffery were blessed with a daughter and three sons. In 1964 Rev. Dr. Parker was awarded a doctorate at Princeton Theological Seminary, having written on Karl Barth’s theological anthropology and method. In 1965 he was appointed to teach Systematic Theology on the faculty of McCormick Theological Seminary, promoted from Instructor to Assistant Professor in 1968, Associate Professor in 1971, and Professor in 1974. The Parkers welcomed their fifth child in those years on McCormick’s Lincoln Park campus. During his 41-year tenure at McCormick, Dr. Parker served as Masters Level Dean for several terms and was instrumental in helping McCormick develop programs and faculty attuned to the gifts and needs of specific ethnic and racial traditions. In 1978 he was re-married to Katherine Eudora Irwin, a Presbyterian minister and pastoral counselor. Together, they co-pastored Presbyterian churches in Oak Park and Arlington Heights, Illinois. Rev. Dr. Parker retired from McCormick in 1996 and continued to teach at Warren Wilson College in Swannanoa, NC and to lead congregations in North Carolina and elsewhere, often in partnership with Katherine. Their travels and teaching took them around the world, from Europe and Africa to the Middle East, where they developed strong relationships with Christian communities in Syria, Egypt, and Armenia.

Tom was preceded in death by his wife Katherine, his sister Barbara, and his stepdaughter Ruth, and is survived by his children Kathy Webster and David, Jeff, John and Michael Parker and their families; by his stepchildren Paul and Laura Irwin; and by many grandchildren and great grandchildren. A brilliant teacher, an admired colleague, and a compassionate minister, Thomas lived out his faith with a humble belief in the redeeming grace of God.