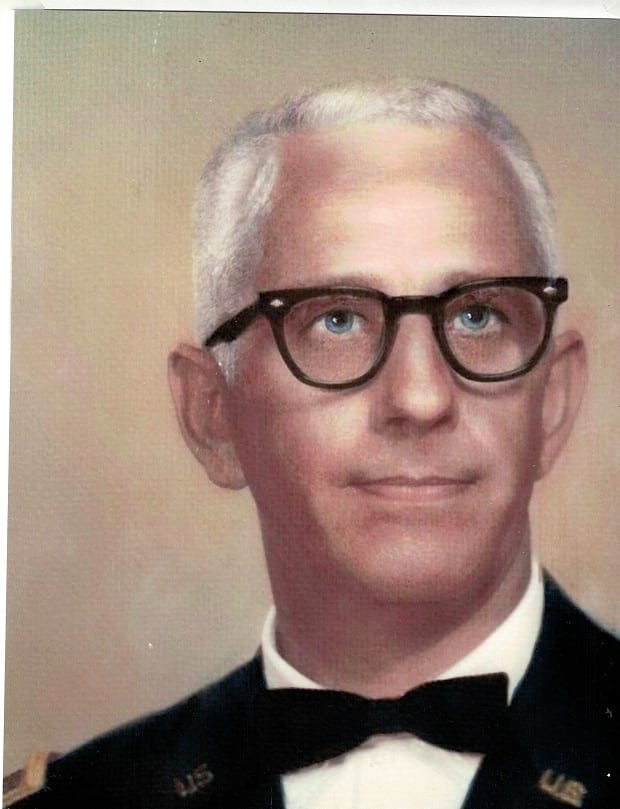 Thomas Jackson Miller “Jack”, 88, of Hendersonville, NC passed away on Tuesday, November 15, 2016 at the Elizabeth House following a period of declining health. A native of Gadsden, AL he traveled and lived all over the world before settling in Hendersonville for the past 8 years. He was the son of the late Gurley and EmiJohn Miller.

Jack was a graduate of Fort Ord Language School, Fort Holabird Intelligence and Counter Intelligence School, Army Photography School and he had received his pilot’s license. He was a Marine Corps veteran, and then retired as a CW2 from the U.S. Army and was a Vietnam veteran. He then worked for many years in Civil Service. He was a member of the Masonic Lodge, and a founding member of the Army Museum in Washington, D.C.

Jack loved anything associated with the University of Alabama athletic program, with his favorite being football. He was fortunate enough to have met Coach Paul “Bear” Bryant. He had a love of photography and had taken pictures of Bing Crosby, Rocky Marciano and many others. He enjoyed flying and loved his bourbon and Coke. Jack loved his family very much and was blessed with a great sense of humor.

A memorial service will be held at 1:30pm on Saturday, December 3, 2016 at Brookdale East in Hendersonville, NC. Nancie Lyles will officiate the service.

In lieu of flowers, memorial contributions may be made to Four Seasons Compassion for Life 571 South Allen Rd. Hendersonville, NC or the University of Alabama Athletic Program in Jack’s honor.